Come On, Mitch McConnell, Republicans Need You To Step Up And Lead 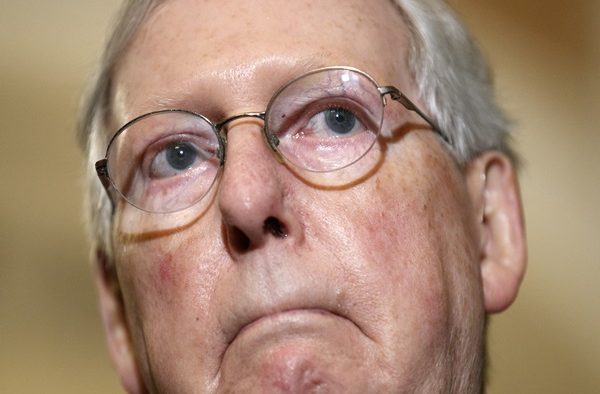 Senate Minority Leader Mitch McConnell was asked yesterday about Republican prospects for the November elections. “I think there’s probably a greater likelihood the House flips than the Senate. Senate races are just different, they’re statewide, candidate quality has a lot to do with the outcome,” McConnell replied.

The media and others on the left were of course thrilled with the Republican leader’s “notable quotable” disparagement of Republican candidates and the voters who chose them, which somehow came off even worse on video.

What was McConnell thinking? What in the world was he thinking?

Unnecessarily ceding an incredibly winnable Senate to Democrats three months before an election is a great example of the leadership choices that have led McConnell to be the least popular national politician in the country, according to the RealClearPolitics average. And it’s a good example of why so many Republicans — grateful as they may be for his successes — think it’s time for new leadership.

Still, for the time being, McConnell is the top elected Republican, and he has an obligation to effectively lead the Republican team, respecting the voters and who they have chosen.

In this case, having a nearly opposite response about Republican prospects rather than the pouty and clinical one McConnell offered would have been strategically and politically wise. It also would have matched much more with the reality of the political environment.

To understand the utterly bizarre nature of McConnell’s response, a few reminders are in order.

The country is 18 months into Democrats’ total rule, and by nearly every