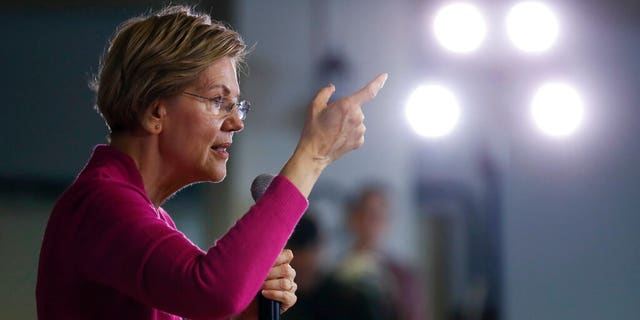 Democrats marked the anniversary of Roe v. Wade by warning the landmark Supreme Court decision could be overturned and urging the Senate to immediately cement the right to an abortion into federal law.

The House in September passed the Women’s Health Protection Act to ensure abortion access nationwide, but the legislation is stalled in the Senate because it doesn’t have the 60 votes necessary to overcome a filibuster.

Sen. Kirsten Gillibrand, D-N.Y., and Rep. Pramila Jayapal, D-Wash, both said Senate Democrats must try again to eliminate the filibuster in order to pass the pro-choice law – though the chances are slim with Democratic Sens. Joe Manchin of West Virginia and Krysten Sinema doubling down on their support for the 60-vote threshold this week during a contentious voting rights push.

PENCE CONFIDENT SUPREME COURT WILL OVERTURN ROE, SAYS ‘NEXT BATTLEFIELD FOR LIFE’ IS IN STATES

Sen. Elizabeth Warren, D-Mass., also laid into the Supreme Court that has a 6-3 conservative majority after McConnell, R-Ky., did away with the filibuster to advance former President Trump’s three conservative justices with just a simple majority. Warren said it’s time to pack the court with more justices to balance it out.

“Today could be the last anniversary of #RoeVWade as law of the land,” Warren tweeted. “But this isn’t the end of the fight. Not even close. The American people are on our side. We must fight back for abortion rights and reproductive justice — and we must #ExpandTheCourt to rebalance it.”

The comments come as thousands of anti-abortion activists flocked to Washington, D.C., this weekend for the March for Life and National Pro-life Summit to mark the 49th anniversary of the Roe v. Wade Supreme Court decision that legalized abortion. Buoyed by the addition of three new conservatives on the court – justices Neil Gorsuch, Brett Kavanaugh and Amy Coney Barrett – and a major abortion case before the justices, anti-abortion activists are hopeful the Roe court decision will not live to see its 50th anniversary.

President Biden and Vice President Harris issued a statement Saturday of strong support for the Women’s Health Protection Act, but did not specifically mention undoing the filibuster in order to pass it.

“The constitutional right established in Roe v. Wade nearly 50 years ago today is under assault as never before,” Biden and Harris said. “It is a right we believe should be codified into law, and we pledge to defend it with every tool we possess.”

The Women’s Health Protection Act bans a wide range of abortion restrictions used regularly by red states. These include waiting periods, bans based on whether a child would be able to live outside the womb, bans based on the reason a woman is getting an abortion and requirements that abortion clinics have certain resources or facilities that aren’t comparable with what similar facilities must have.

“Roe v. Wade stands as a pillar of health freedom for every person, but today, this historic victory now faces its most alarming threat in decades from right-wing forces, including in state legislatures and on the Supreme Court,” Pelosi said in a statement Saturday.

Demonstrators during the annual March For Life on the National Mall in Washington, D.C., Jan. 21, 2022. The U.S. Supreme Court’s conservatives suggested they are poised to roll back abortion rights as they deliberate over a Mississippi case that could overturn the landmark 1973 Roe v. Wade decision, which is scheduled to be ruled on by the end of June.
(Stephanie Keith/Bloomberg)

Other Democratic lawmakers marked the 49th anniversary of Roe by sharing personal stories.

Sen. Tammy Duckworth, an Iraq war veteran who lost both her legs in combat, credited Roe for advances in women’s health to help her become a mother.

“Without Roe v. Wade, I may not have been able to have my two beautiful girls through the miracle of IVF,” Duckworth, D-Ill., tweeted. “Roe v. Wade is about so much more than the right to a safe, legal abortion. It’s about basic respect for a woman’s right to choose what happens to her own body — her own life.”

Rep. Cori Bush, D-Mo., along with Jayapal and Rep. Barbara Lee, D-Calif., testified in a House hearing last year about their experiences getting an abortion. A 2017 study estimated that nearly one in four women in the United States will get an abortion by the age of 45. 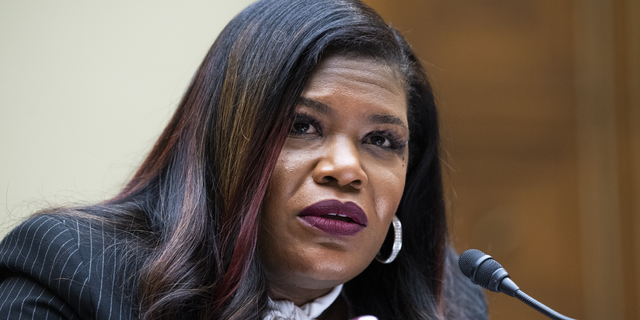 Democrats expressed frustration that their children or grandchildren may not have access to abortion rights that were secured nearly 50 years ago.

Joe Biden’s Year in Office Has Been a Disaster for America
Breitbart News January 22, 2022