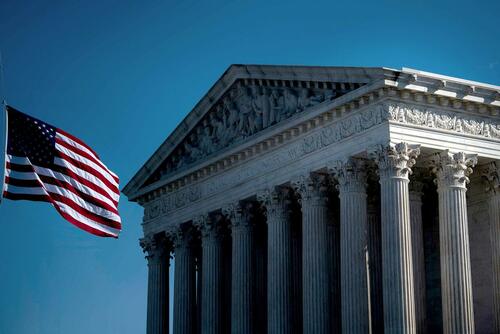 If the non-scaleable fences surrounding the marble courthouse are any indication, the Supreme Court is under heavy fire. Congressional Democrats have now entered the fray with a proposal to subvert the independence of the federal judiciary. They intend to do this by passing the Supreme Court Tenure Establishment and Retirement Modernization (TERM) Act, which was introduced in late July.

Their sneaky court-packing scheme endangers the separation of powers and individual liberty. It must be rejected.

Frustrated by a slew of conservative legal victories, Democrats introduced the TERM Act, which would establish 18-year term limits for Supreme Court justices, after which they would “assume senior status,” a quasi-retirement that drastically reduces their caseload and corresponding influence. To fill these vacancies, the president would appoint a new justice during the first and third years of his term. Cast as “an effort to restore legitimacy and independence to the nation’s highest court,” the TERM Act would ironically undermine both, transforming the court from an institution of law to a panel of politicians.

Our Founding Fathers created the judiciary to be the “bulwark” of a limited government. Judges were to keep the federal government and its constituent parts in their proper spheres of authority and safeguard political minorities against the depredations of the governing class. To do either, however, the framers understood that the judiciary must be independent of Congress and the president. Otherwise, warned James Madison, “the stronger faction c[ould] readily unite and oppress the weaker,” rendering the Constitution’s guarantees an empty promise.

Life tenure completely severs “all sense of dependence” between the judiciary and the politicians responsible for their commission, empowering judges to check government excess without fear for their livelihoods. If enacted, the TERM Act would spell the demise of judicial independence. Justices would no longer decide cases in accordance with