Senate Democrats are plotting to have Attorney General Merrick Garland prosecute Donald Trump over January 6 in a bid to block him from running for president in 2024. 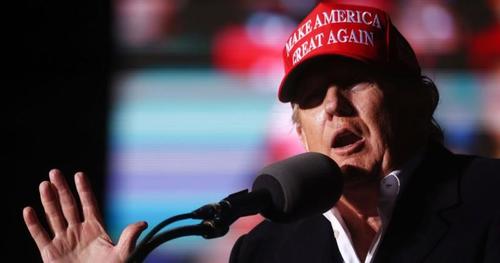 Several Democrat lawmakers believe there is a “good chance” the Department of Justice will act to prosecute Trump, knocking him out of the race before his campaign can even begin.

The move is being plotted despite there being no evidence that Trump (unlike certain federal agents) orchestrated or encouraged the January 6 raid on the Capitol.

“They have all of the evidence at their disposal,” claimed Sen. Tim Kaine (D-VA), asserting that “federal statutes that are very much implicated” by Trump’s apparent attempt to stop the certification of the election.

Sen. Sherrod Brown (D-OH) claimed there was “a lot of evidence that he was complicit” in fueling the January 6 riot (without citing any).

“I think anybody who it’s proven had a role in the planning of [the Jan. 6 attack] should be prosecuted, not just the people who broke in and smashed the window in my office and others,” said Brown.

However, some Dems said any prosecution of Trump could backfire if he was able to wriggle free of it.

“If you pull the trigger on this one, you have to make sure that you don’t miss, because this is one if you miss it essentially validates the conduct,” one senator told The Hill.

The plot is another indication of the desperate position Democrats find themselves in two years out from the next presidential election year.

Continue reading Dems Plot To Prosecute Trump Over Jan 6 To Prevent Him Running In 2024 at ZeroHedge.

Previous Article
Youngkin's school mask mandate ban set to be next legal front in culture war: 'Clearly headed for litigation'
Next Article
Joe Manchin knows what most Democrats don't: His party is out of touch

Joe Manchin knows what most Democrats don't: His party is out of touch
Washington Examiner January 19, 2022