Dems say Bloomberg not helping 2020 campaign as much as promised 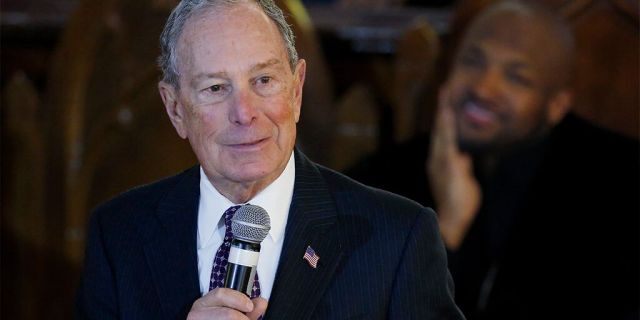 After months of promises by former New York City Mayor Michael Bloomberg that he would put his vast fortune to work to help unseat President Trump and elect Democrats in November, some in the party are wondering where all that money is, according to a recent report.

Bloomberg made a late entry into the Democratic presidential primary and spent more than $1 billion through his campaign committee, almost all of that coming before he ended his campaign in March. But during the heat of the primary — before he dropped out, before Biden became the clear leader and before the pandemic — Bloomberg made grand promises that he would finance a massive Democratic machine through November.

“Mike Bloomberg is either going to be the nominee or the most important person supporting the Democratic nominee for president,” Kevin Sheekey, Bloomberg’s campaign manager, told NBC News in January. “He is dedicated to getting Trump out of the White House.”

He paid state press secretaries $10,000 per month – more than double what other campaigns were dishing out – and state political directors more than $12,000 per month. Those on the ground got similarly generous packages, with field organizers getting $6,000 per month, according to The Washington Post. Staffers were promised that they’d be paid through November and continue to receive health benefits no matter the outcome of the primary campaign.

Democrats worried that Bloomberg’s lavish salaries would create a brain drain, attracting their best people to work for him and make it tough for state parties, congressional campaigns and others to attract skilled staff.

But many were under the impression that, after Bloomberg exited the presidential race, he would keep his massive campaign apparatus filled with experienced political operatives and simply change the name on the signs to whoever the eventual nominee was, while also helping out down the ballot.

That ended up not being the case. Bloomberg transferred $18 million to the Democratic National Committee (the largest such transfer between political committees in history, but not enough to put a significant dent into Trump’s funding advantage) and began laying off the staff he had promised to pay through November. A field organizer even filed a class-action lawsuit over the layoffs.

And now, less than 100 days before the November election, some Democrats are fretting over the lack of help they’ve seen from Bloomberg in the intervening months, according to NPR.

“It meant spending about a billion dollars,” Jim Messina, former President Obama’s 2012 campaign manager told NPR. “It meant making sure that Donald Trump did not have the typical incumbent advantage on finance, and it meant helping us catch up in a couple places where Trump was well ahead of us, which was digital and data.”

But Trump does still maintain a significant financial advantage, despite Biden outraising the president in recent months. And the GOP’s digital machine is humming along as Democrats try to keep up.

Bloomberg has still been a prolific donor for Democrats, as he has been for years. NPR reports he has spent more than $350 million this cycle. But that’s still well under half of what he spent on his own disruptive campaign, and some Democrats think he could do a lot more.

“In no way has the Bloomberg operation put direct money into down ticket races besides through the overall coordinated effort [with the DNC],” North Carolina State Rep. Graig Meyer said, according to NPR. Meyer told the outlet that between $30 million and $50 million would be “a completely transformative game changer” in the state.

According to NPR, former Philadelphia Mayor Michael Nutter, the former political chairman for the Bloomberg campaign, said where Bloomberg would invest in Democratic politics ahead of November is “still being determined and figured out.”

“I mean, this is politics,” Nutter said. “You don’t just kind of throw the money out the window and hope it lands in the right places. Mike makes strategic investments to change outcomes using data and evidence.”

Democrats, of course, may not even need a cent from Bloomberg’s vast fortune. A recent Fox News Poll shows Joe Biden with a 9-point lead over Trump in Michigan, a 13-point lead in Minnesota and an 11-point lead in Pennsylvania. And Republicans can feel their House and Senate maps constricting as Trump continues to put a drag on the GOP ticket.