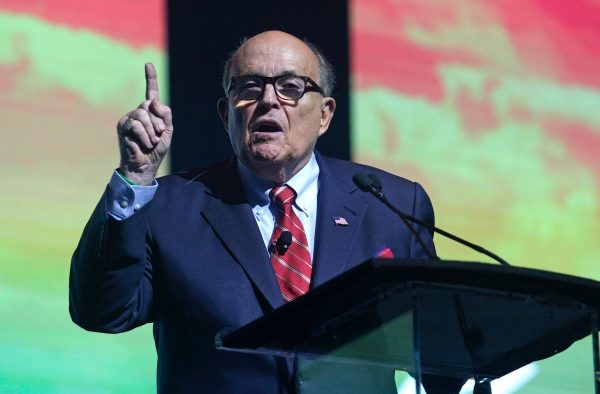 Interim Manhattan U.S. Attorney Geoffrey Berman might have been removed because of “bullsh*t” investigations, according to President Donald Trump’s personal attorney Rudy Giuliani.

“There are some people there who like to play around with the reputations of people around the president,” Giuliani told the N.Y. Daily News about the Berman-led Southern District of New York (SDNY).

Among the investigations under Berman, who was appointed by the Trump administration on an interim basis, was that of former Trump personal attorney Michael Cohen, who was investigated for federal campaign finance violations surrounding payments to two women who claimed to have had affairs with then-candidate Trump.

“That crime was complete bullsh*t,” Giuliani told the Daily News. “We don’t prosecute people for personal sex things — you don’t do that sh*t.”

Among the investigations leaked was allegedly that of Giuliani himself for potential foreign lobbying violations tied to Ukraine, the same ones tied to Trump’s impeachment attempt by House Democrats.

“I’m offended when I see people write that,” Giuliani told the Daily News. “If they’re investigating me, they’re doing it in the most surreptitious way possible. It’s the strangest investigation I’ve ever heard of.

“I’m upset that someone’s giving away this information,” he added. “I have nothing against Berman, but I would like him to clarify what the hell is going on.”

Giuliani said he has proof to exonerate him if he was being investigated by the SDNY, which has been alleged to being used to wage attacks on Trump and his associates.

“I got documents to show I never acted as a foreign agent,” Giuliani told the Daily News.

As for the SDNY, there has been speculation it might charge Trump with crimes after he leaves office, Giuliani said it would be a prosecution out of a personal vendetta.

“I don’t see them indicting the president after he’s out of office for something personal — it’s God d*mn personal,” he concluded.

Giuliani told “The Cats Roundtable” on WABC 770 AM-N.Y. on Sunday that Berman was merely an interim appointee who had to go.

“I’ve had to remove some U.S. attorneys who are holding onto their desk and wouldn’t leave. It never works. It’s a violation of lawful order, and I don’t know why Geoff [did] this.”