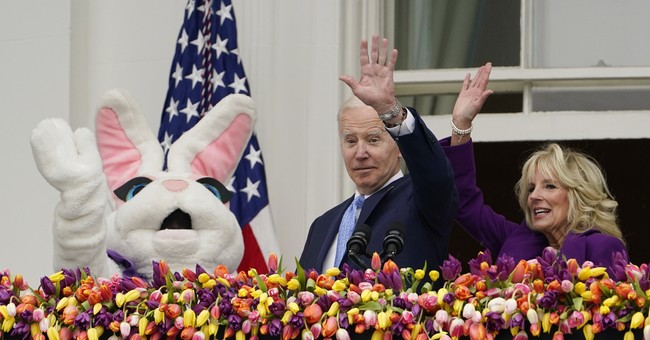 When President Joe Biden took office in late January of 2021, First Lady Jill Biden was one of the most popular figures in the nation. She enjoyed a two-to-one favorable rating, she was lauded by the press as untouchable, and she was presented as a driving force in a supposed “return to normalcy” at the White House.

Of course, much of the notion of a needed shift was based on the grotesquely unfair treatment of outgoing First Lady Melania Trump, whose great sin was being almost completely non-political and having Christmas decorations the media elites didn’t like. Still, with Jill Biden’s entrance into the residence came a return of glowing magazine profiles and network news puff pieces.

Truly, the current First Lady could do no wrong…until she did. Jill Biden’s star is now dramatically fading, and the reasons why offer a lesson in how to burn one’s credibility with the American people.

A CNN poll had already finished fielding as Jill Biden’s string of not-so-great news broke. Over the course of a month-long survey, 34 percent rated their opinion of the first lady as favorable, 29 percent said it was unfavorable, 28 percent had no opinion, and 9 percent said they never heard of her. Previous CNN polling showed significantly more Americans holding a favorable rather than unfavorable view of the first lady — by about 2 to 1 in January 2021, at the start of Biden’s presidency

So what’s going on?

A first lady dipping in popularity alongsideher husband is highly unusual. It also comes at a particularly bad time for Democrats and the Biden administration, who have relied on Jill Biden as one of their most powerful campaign surrogates and an uncontroversial bright spot for the White House. Last week, she spoke at three fundraisers over the course of five days, the final one on Monday, the day the CNN poll came out. The midterm elections that will determine whether President Biden gets a Congressthat will support or torpedo his agenda are just four months away.

As the Post notes, the collapse of Jill Biden’s favorability is unusual. That’s because First Ladies typically don’t do much to cause such a decline, not because they are women, but because they hold no elected office. Most Americans don’t like to politicize things that aren’t inherently political.

Jill Biden has treated her tenure far differently than most of her predecessors, though. While even Michelle Obama stuck to topics that could realistically be perceived as non-political (school lunches, for example), the current First Lady has become a partisan warrior, from her continual promoting of the teachers’ unions to her involvement at the G7 to her stumping for “Build Back Better.” Even her recent fundraising turn has been punctuated with divisive language that leaves no doubt she’s in the political arena.

And once you are in the arena, everything becomes fair game, including the idiocy of calling Hispanics “breakfast tacos” and the grotesque spectacle of praising Randi Weingarten. Weingarten is the head of the American Federation of Teachers and is one of the chief reasons children are suffering learning loss from the COVID-19 pandemic.

Then there’s the issue of Hunter Biden. Jill Biden came into the White House seen as a wholesome mother with a perfect family, largely because the media chose to hide the truth. That illusion has been shattered by the revelations surrounding Hunter Biden, and that’s not because Jill Biden is being unfairly blamed for his issues (even good parents can turn out bad kids). Rather, it’s because the elder Bidens have been exposed as enablers of their corrupt, crack-addled son. Jill Biden even shared an office with one of Hunter Biden’s Chinese business associates. In other words, there’s no separation there, and at least some in the public have taken notice.

You put all that together and what you get is a First Lady taking all her inherent advantages and burning them to the ground. Jill Biden has always come across as nakedly ambitious and highly partisan. The way she has chosen to handle herself since the inauguration has only confirmed that in the minds of many. Nobody gets to remain apolitical if they themselves don’t choose to be apolitical. Jill Biden may have wanted to have it both ways. She’s now found out that’s not how any of this works.

Previous Article
To fight the drug crisis, the government must secure the southern border
Next Article
Jennings SCHOOLS CNN on Danger of Dems Meddling in GOP Primaries