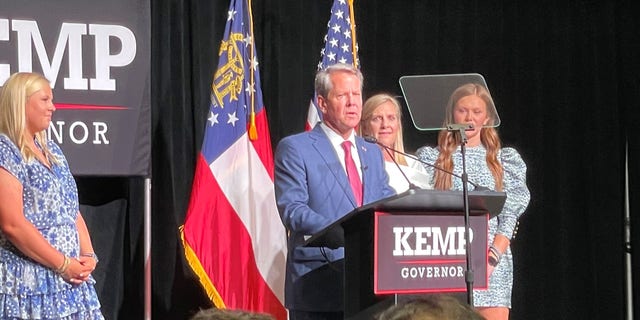 But the former president’s immense popularity and influence with Republican voters and full-court press for Perdue did little to boost the former senator’s unsuccessful primary challenge against GOP Gov. Brian Kemp.

Kemp – who sits atop Trump’s Republican Party revenge list and who was targeted by the former president for nearly a year and a half for failing to overturn Trump’s 2020 razor-thin election loss to now-President Biden in the key battleground state – crushed Perdue in Tuesday’s GOP primary to win renomination.

The governor’s landslide victory over Perdue sets up a high-profile and high-stakes rematch in November’s general election with Democrat Stacey Abrams, who narrowly lost to Kemp four years ago. Abrams, a rising Democratic Party star and a nationally known voting rights champion, faced no opposition in her party’s primary.

WHAT THE LATEST FOX NEWS POWER RANKINGS SHOW IN THE MIDTERMS

“Georgia Republicans went to the ballot box and overwhelmingly endorsed four more years of our vision for this great state,” Kemp touted in his primary night victory speech to large crowd of supporters at the College Football Hall of Fame in downtown Atlanta. 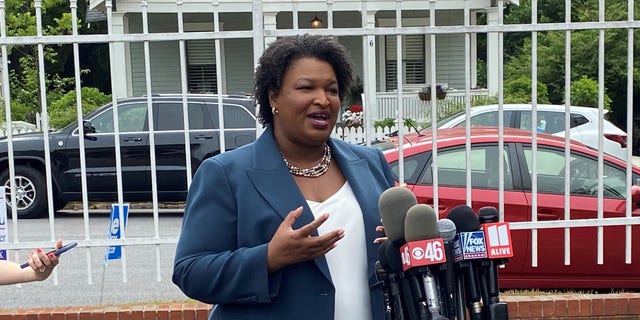 Democratic gubernatorial candidate Stacey Abrams speaks to reporters on primary day in Georgia, on May 24, 2022 in Atlanta, Georgia
(Fox News )

While Kemp celebrated, the results in Georgia represented a setback for Trump, who 16 months removed from the White House continues to play a kingmaker’s role in Republican Party politics as he’s endorsed scores of candidates up and down the ballot in the 2022 elections. And Alabama, Rep. Mo Brooks, whom Trump supported and then dropped, made it into a runoff for the GOP nomination for Senate.

But Trump enjoyed some victories in high-profile and competitive primaries on Tuesday.

Texas Attorney General Ken Paxton, who was endorsed by the former president, crushed challenger George P. Bush, the state’s land commissioner, in a GOP primary runoff. And Sen. John Boozman of Arkansas, who was backed by Trump, bested two primary challengers from the right to win renomination in the heavily red state.

“President Trump is continuing to win everywhere after having another huge night of victories for his endorsed candidates. Americans are clearly united around restoring the leadership and policies of President Trump in 2022 and beyond,” Trump spokesman Taylor Budowich said in a statement to Fox News.

Four years ago, with the support of the then-president, Kemp narrowly defeated Abrams. But Kemp earned Trump’s ire after certifying the 2020 presidential election results in Georgia following two recounts of the vote. Last year Trump pilloried Kemp at a rally in Georgia, and he repeatedly urged Perdue to primary challenge the governor and endorsed him the day after the former senator announced his bid in December.

Trump traveled to Georgia in late March to headline a rally for Perdue, starred in his campaign commercials, and called into two tele-rallies this month, including one on the eve of the primary.

“We have a governor that’s done the worst job of any governor in probably decades on election integrity,” Trump charged. “Kemp is truly an embarrassment to the Republican Party because of what’s taken place in your great state, Georgia.”

But Trump’s attacks were far from enough to topple an incumbent governor who thanks to his record remains popular with Georgia conservatives, regardless of the repeated attacks from the former president.

“We created record jobs, kept woke politics out of the classroom and off the ballfields. We brought violent criminals to justice. Put more money in our schools and secured our elections,” Kemp emphasized.

Perdue may not be the only Trump-backed candidate to go down to defeat in Georgia’s GOP primaries. Republican Secretary of State Brad Raffensperger – who was also repeatedly targeted by Trump for resisting the then-president’s requests to overturn the 2020 election results – was leading Trump-backed challenger Rep. Jody Hice. But with the vote still being counted, it wasn’t clear if Raffensperger would avoid a primary runoff next month with Hice. 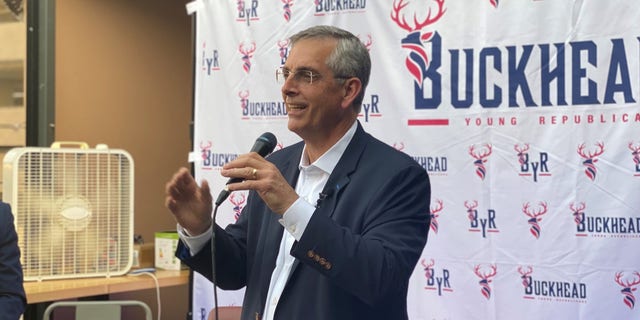 Georgia Secretary of State Brad Raffensperger speaks to the Buckhead Young Republicans, on May 19, 2022 in Atlanta, Georgia
(Fox News)

Perdue becomes the third Trump-endorsed gubernatorial candidate to lose in this year’s primaries.

And a week earlier, Charles Herbster — the candidate the former president endorsed and held a rally on his behalf in Nebraska’s GOP gubernatorial primary — was edged out by Jim Pillen, who was backed by term-limited and outgoing Gov. Pete Ricketts.

Veteran Republican strategist Marc Short, a top longtime adviser to former Vice President Mike Pence who came on board a month ago as a senior Kemp campaign adviser, stressed that “the president still has an enormous impact on our primary voters.”

And Short emphasized that it’s “indisputable” that Trump’s endorsement of JD Vance boosted the former hedge fund executive and best-selling author to victory in Ohio’s crowded and combustible GOP Senate primary three weeks ago, and that the former president’s backing of Mehmet Oz was crucial to the heart surgeon and celebrity doctor’s surge in Pennsylvania’s Republican Senate primary, where Oz and rival David McCormick are headed towards a recount one week after the election.

But Short said that in competitive GOP primaries, “you have to have your own story, your own record, and a Trump endorsement’s not going to be sufficient.”

Erick Erickson, a Georgia-based conservative radio host and nationally known blogger who was supporting Kemp, noted that the Georgia GOP gubernatorial primary was a race where Trump “staked his name” and “he couldn’t get him [Perdue] over the finish line. So yes, this one’s going to sting the most.”

Previous Article
The Truth About the $40 Billion in US Aid Ostensibly Being spent to arm Ukraine
Next Article
Biden tax increases would harm jobs and wages, study shows