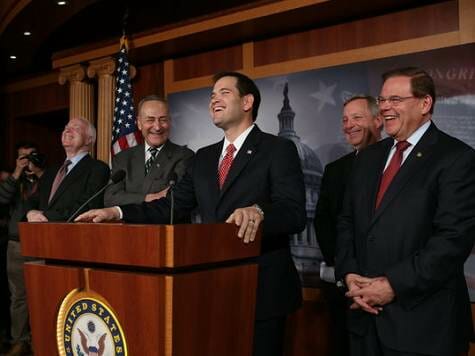 President Trump has been speaking out against mail-in voting for weeks now.

Democrats know it is easier to cheat and steal votes when a state moves to mail-in voting.

It’s the reason Nevada Democrats on Saturday passed mail-in voting and ballot harvesting in their special session just 97 days before the national election.
They know it’s easier to cheat that way.

President Trump posted this video earlier this week that shows how corrupt and flawed the mail-in voting process is in America today.

Check out this Mail-In Voting experiment by a local news station! pic.twitter.com/23tOdt1hYc

TRENDING: Woman Thrown to the Ground, Suffers Broken Leg After Telling Someone to Wear a Face Mask at New Jersey Staples Store (VIDEO)

But Marco Rubio sided with Democrats today.
During a phone call with President Trump Marco told listeners he was not concerned about mail-in voting in Florida.
That was quite a stunning statement.

On a campaign call Saturday morning, Rubio was asked about mail-in voting in his own state, and according to CBS News’ Nicole Sganga
— one of the reporters on the call — replied “No, I’m not concerned about mail in