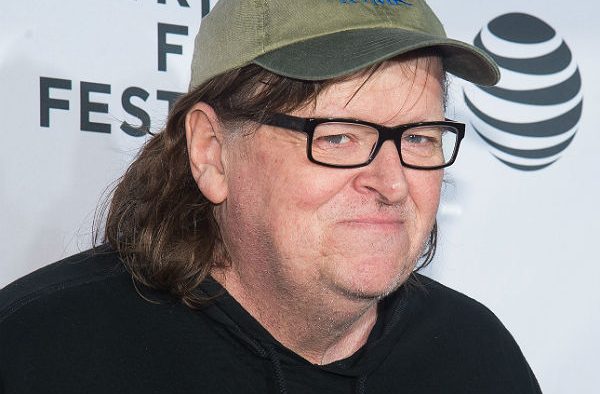 In a video clip from an interview on MSNBC that was posted by Real Clear Politics, Moore — who predicted a Trump win in 2016 — said it’s wrong for Democrats to assume the president is guaranteed to lose in November.

“Here is what I think I know. Never take Trump for granted,” Moore said. “If anybody is sitting at home right now thinking oh, man, we’ve got this one in the bag. ‘Whoa, did you hear him today? He said he’s done more for black people than Abraham Lincoln. Whoa! We’re going to win!’ No. No.”

The documentary filmmaker was referring to an interview Friday in which Trump claimed to have “done more for the black community than any other president,” adding, “let’s take a pass on Abraham Lincoln, because he did good, although it’s always questionable, you know, in other words, the end result.”

Moore noted Trump has said and done several things over the years that people assumed would “do him in” or end his term early.

“I’m telling you. I’m warning you and I’m begging you, please, do not sell this man short. He has pulled off so many things, so many times,” Moore said, adding:

“If you’re a New Yorker, you watched it for 40 years and failed to warn the rest of us.”

Moore predicted Joe Biden will get a majority of the votes cast in November’s presidential election — but that it might be a situation akin to 2016, when Hillary Clinton failed to win states that mattered most, the Washington Times reported.

Moore warned that loyal Trump supporters are counting on Democrats to assume a Biden win.