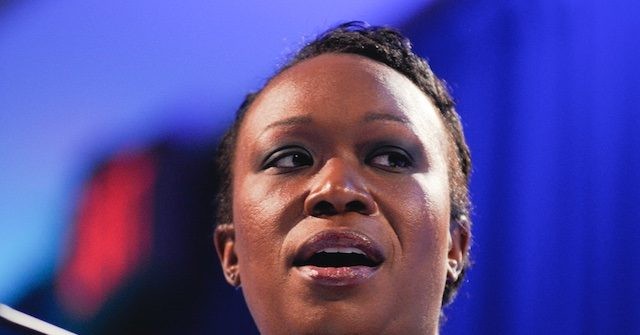 MSNBC host Joy Reid said Tuesday on her show “The ReidOut” that Tesla CEO Elon Musk’s purchase of Twitter is about bringing back a system like apartheid in 1980’s South Africa.

Musk was born in Pretoria, South Africa, in 1971 and lived there until he moved to Canada at the age of 17.

Reid said, “It was distressing to a lot of people, not least of which the people who work at Twitter. Who, you know, in their internal Slacks are really — a lot of them are wringing their hands, probably not all of them, but a lot of them, and just worried about what becomes of their company. Elon Musk’s companies have a history of open racism. You know, there’s been this lawsuit against Tesla, and he himself is a troll. So his idea of freedom means freedom to be a jerk and to be cruel and to have no one be able to stop you.”

She added, “They don’t want to just be in the club. They are on the — they’ve been described as being on the outside of the culture looking in through the glass, but they don’t just want to come in. They want to come in and be able to punch people in the face and walk around and laugh about it and to not have anyone be able to stop them. The thing is, the enjoyment they get out of being in this ‘town square’ is being able to harass people being able to attack people. There was a time when people had the double hashtags around their names because they were Jewish, and right-wingers were saying get in the oven any time you made any benign comment on Twitter. They attacked women. The misogyny was crazy on Twitter for a while. Elon Musk, I guess he misses the old South Africa in the ’80s. He wants that back.”

Previous Article
Waltz: We Need to Sanction China, Put Secondary Sanctions on Their Entities That Are Supporting Russia
Next Article
Trump reacts to testimony that Clinton spread Russia allegations: 'Where do I get my reputation back?'

Trump reacts to testimony that Clinton spread Russia allegations: 'Where do I get my reputation back?'
FOX News May 21, 2022