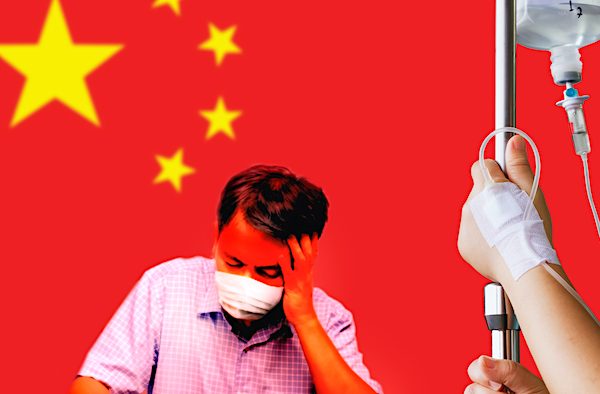 “The timeline chronicles how Beijing has covered up and lied about the virus as it developed, allowing it to spread around the world, and how Chinese leaders blamed the United States and other countries for the pandemic while portraying China as the victim and Chinese President Xi Jinping as the hero,” the Center for Security Policy’s Fred Fleitz wrote in a release of the report.

The historical review traces the evolving propaganda from Chinese government, according to Waller’s missive.

“By following the propaganda lines with regime actions in chronological order, we can trace how the Xi Jinping regime responded to the coronavirus outbreak and weaponized it to attack the United States and divide its leaders,” Waller wrote.

“We can then push back against Chinese propaganda, break through the regime’s disinformation and censorship inside China and here at home, and devise ways to hold the Communist Party responsible for the pandemic.”

Included in the timeline is the collaboration with the Chinese government by the World Health Organization, too, per Fleitz.

The timeline begins at “patient zero” Nov. 17, 2019 and continues up to the minute – with the latest entry a breaking news report of “Australia begins seizing faulty Chinese-made protective gear.”

Among some of the more notable entries in the extensive report:

Not mentioned in the report is through this point, House and Senate Democrats are purusing impeachment of President Donald Trump.

“Stage 5: China blames US, and US fights back”

Dr. Waller is an expert on international disinformation and propaganda and will be continuing to provide analysis on the global pandemic, according to Fleitz.

An entry likely to be added soon is New York Gov. Andrew Cuomo praising China on Saturday for sending 1,000 ventilators to New York City, which is now the global epicenter for the outbreak.

Also, the same day, China has held a country-wide day of mourning for their coronavirus victims, which are less than New York state, an area that has 1/700th of the population of China.