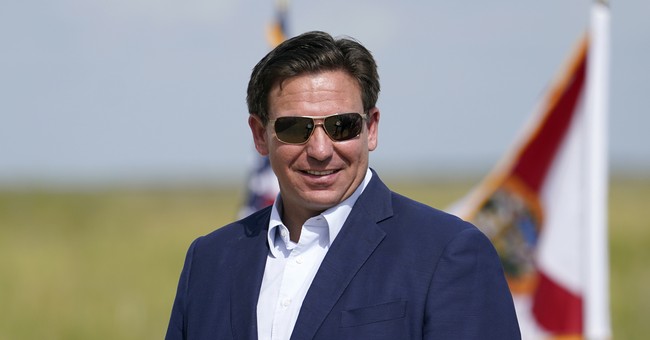 On Thursday morning, Gov. Ron DeSantis once again showed he’s a different breed of Republican by suspending a state attorney who refused to enforce Florida’s laws.DeSantis, fresh off telling ‘The View’ to pound sand, suspended State Attorney Andrew Warren for refusing to enforce the duly passed laws, including those criminalizing the castration of children under the guise of “gender-affirming care.”

“We are suspending Soros-backed 13th circuit state attorney Andrew Warren for neglecting his duties as he pledges not to uphold the laws of the state,” DeSantis’ office said in a statement according to Fox News.

“The constitution of Florida has vested the veto power in the governor, not in state attorneys,” DeSantis said. “We are not going to allow this pathogen of ignoring the law get a foothold in the state of Florida.”

Warren has now responded, putting out a state accusing the Florida governor of “illegal overreach,” while calling DeSantis an “aspiring presidential candidate.”

Inject that statement straight into my veins. Nothing makes me happier than seeing some arrogant state official getting his comeuppance for thinking he could run his own fiefdom. It is Florida’s voters who get to decide the laws, not a state attorney. And though Warren may have been within his power to not enforce certain laws via his prosecutorial discretion, DeSantis was within his power to suspend the guy for operating that way. Nothing about the move to send Warren home is illegal, and that’s clear by a plain reading of the law.

How long before Warren ends up on CNN? You know it’s coming, probably as soon as Thursday evening. The press loves nothing more than to pretend that Republicans are fascists for exercising their legal powers. Remember when Donald Trump was lambasted for firing US attorneys upon taking office? Of course, when Joe Biden did the same thing, it was all shrugs because that was (D)ifferent.

If anyone is still confused about DeSantis’ popularity, this is a prime example of why Republicans love him so much. It’s not just that he owns the libs and makes the media look ridiculous while always knowing what he’s talking about in the process. He also gets things done, and he’s never afraid to do something because of perceived political pushback. That’s a rarity on the right, even among some of its other popular figures. DeSantis has no fear, and it’s why he’s going to cruise to reelection in November. After that, the sky’s the limit.

Previous Article
Goldman Turns Bearish: The Bottom Is Not In Yet And The Higher This Rally Goes, The Greater The Fall
Next Article
New York Times tries to blame Republicans for Biden’s border crisis