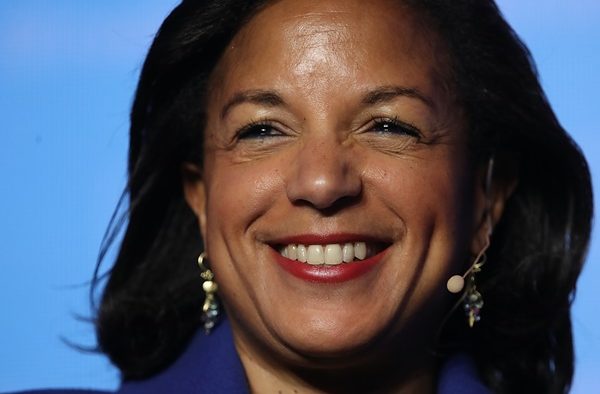 In an interview on NBC News’ “Meet The Press,” Rice said those who surround Trump are too afraid to tell him the truth.

“We have a president who is doing our arch adversary’s bidding,” she said, adding: “And he is surrounded by sycophants and weaklings.”

“We still, I want to remind you, have credible intelligence that the Russians are trying to kill U.S. servicemen and women in Afghanistan,” she said, referring to a report that Russians paid bounties to the Taliban for dead American soldiers.

“This is not the time to be handing [Russia’s President Vladimir] Putin an olive branch. This is the time to be working up options to punish him. And yet, that’s not what happened.”

The bounty operation was first reported by the New York Times, but it is unclear the administration was aware of the intelligence. The White House says the president was never informed about the issue because intelligence officials hadn’t reached a consensus on the information.

Rice also was pressed about her remarks that she would agree, if asked, to be the vice presidential pick for presumed Democratic presidential nominee Joe Biden.

Previous Article
Seattle’s CHOP may be cleared, but political fallout could linger
Next Article
Never Trump Republicans Plot to Give Democrats the Senate Majority