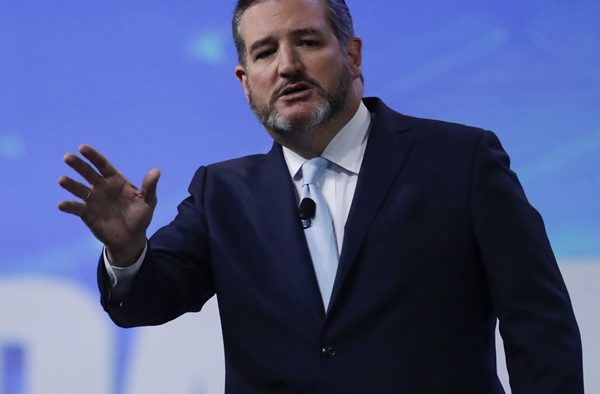 Sen, Ted Cruz, R-Texas, says it’s no “bluff” by Democrats anxious to expand the Supreme Court if they retake the Senate.

In an interview airing Sunday night on Fox News’ “Life, Liberty & Levin,”  show, Cruz, a member of the Judiciary Committee, staunchly defended the push by Republicans to confirm a new Supreme Court justice just weeks ahead of the presidential election.

A clip of the show was posted ahead of the broadcast.

“I don’t think it’s a bluff,” Cruz said of Democrats’ aim to expand the high court. “Joe Biden is trying to hide from it. At the debate, he ran away screaming when asked. But I think that’s where the Democratic Party is, and it’s about power and it’s about forcing compliance and I think we need to take that threat very, very seriously.”

“[T]he left, they believe in government,” Cruz added. “They believe in totalitarian control. The left, statists, are willing to use force … The left is much more comfortable using force to enforce compliance. So when it comes to, for example, speech, the left wants to censor everyone who disagrees with [them].

“And a lot of people say, ‘Well, both sides do it,'” Cruz continued. “No, that’s not right. You and I aren’t calling for [Sen.] Bernie Sanders [I-Vt.] or [Rep. Alexandria Ocasio-Cortez, D-N.Y.] to be censored. I’m actually perfectly fine for them to yabber on incessantly.

“Their ideas are are foolish and dangerous. And I think the best way to respond to it is sunlight and more attention. But the left is willing to use force.”

Previous Article
Does It Matter To Markets Who Wins The Election?
Next Article
Pelosi: Republicans, Trump ‘Don’t Trust Science’ And Have Allowed COVID-19 To ‘Run Free In The White House’