The Broadway Masking Double Standard: No Mask Mandate for Celebrities at Tony Awards 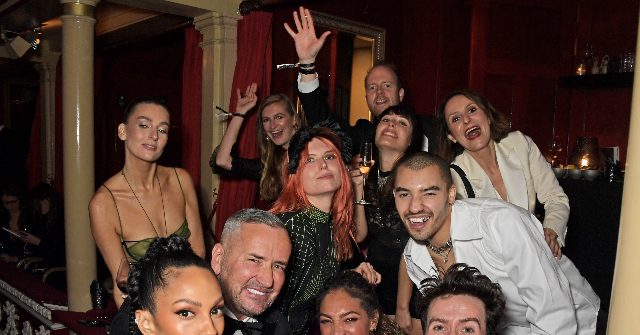 Celebrities won’t have to wear masks when they attend the 75th annual Tony Awards in New York on Sunday, even as paying audiences at Broadway shows are still being forced to mask up through at least the end of June.

Tony organizers said celebrity attendees will not be required to wear masks during the ceremony at Radio City Music Hall, but will need to be tested for COVID-19 before attending, according to The Hollywood Reporter.

The rule applies to all those seated in the orchestra section. Attendees seated in the mezzanine and balcony sections of Radio City Music Hall — which will be mostly out of camera range during the CBS broadcast — will be required to wear masks throughout the ceremony but will not need to be tested.

The announcement stands in stark contrast to the Broadway League’s continued mask mandate for audiences of all Broadway shows — a rule that has been in place since theaters re-opened last year. Some shows are also still requiring negative COVID tests in addition to masks.

The countdown is on! Only one week until Broadway’s biggest night. ? Watch LIVE from coast-to-coast June 12 at 8pm ET/5pm PT on @cbs and @paramountplus w/ The Tony Awards: Act One streaming only on Paramount+ at 7pm ET/4pm PT. pic.twitter.com/mBopSeDAKl

Audience masking protocols for July and beyond will be announced later this month.

Patti LuPone putting an anti-masker in their place at a talkback after the show. Just follow the fucking rules and keep the performers safe pic.twitter.com/XWnkDxyoGo

Earlier this Broadway season, Patti LuPone was caught on camera berating an audience member of the musical Company, demanding the patron to “put your mask over your nose,” adding, “if you don’t want to follow the rule, get the fuck out!”

Previous Article
What does the polling say about gun control?
Next Article
Red-Hot US Inflation Is No Longer An Outlier

Red-Hot US Inflation Is No Longer An Outlier
Zero Hedge June 10, 2022