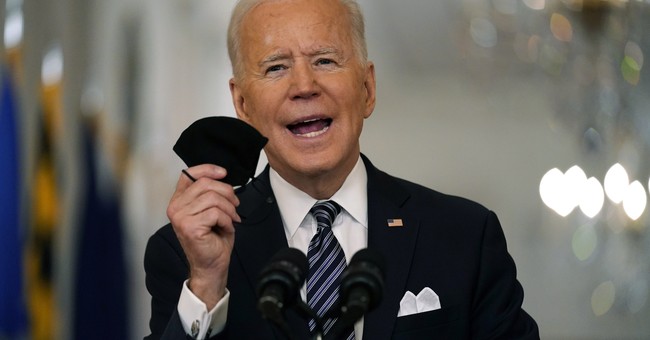 We may just have the laugh of the day for you, and it involves the not-so-funny topic of monkeypox.

Democrats have not been happy with the Biden Administration’s response. California State Sen. Scott Wiener blasted them for not providing enough vaccine.

The senator said the exhaustion of the vaccine supply comes as San Francisco and other communities see increases in monkeypox infections and exposures.

“We need to be very clear where the responsibility lies for this completely avoidable situation: the federal government,” Wiener stated. “Failure to control this outbreak will result in intense — and completely unnecessary — misery for many people, particularly gay and bisexual men.”

That’s one of the reasons you shouldn’t be relying upon the government for parceling out vaccines.

But science reporter Benjamin Ryan wanted to respond to tweets saying that it was a “pandemic” and bring some facts to the hysteria being pitched. He wanted to say that the outbreak was more limited in scope. Except he had an unfortunate typo in his tweet — perhaps one of the greatest typos ever. Prepare yourself for when you see it.

Oh, my. He typed “me” instead of “men,” making it appear that the outbreak was almost entirely among men who had had sex with him.

What was even better is he fully owned his error.

He said everyone needed a laugh, and it was having the viral effect of teaching people something about public (that’s with an “l”) health.

He surely is right about that.