With Bearish Sentiment Off The Charts, $5.5 Billion In Daily Stock Buybacks Set To Flood Markets 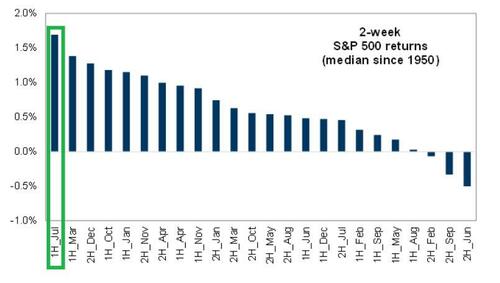 With Bearish Sentiment Off The Charts, $5.5 Billion In Daily Stock Buybacks Set To Flood Markets

On the one hand, what was the most bullish case for markets starting this month fizzled with a bang, when after a solid start to July and the best start to Q3 since 1980, stocks resumed their bear market slide, only to recover some losses toward the end of the week. In any case, the barely 1% rise in the first half of July was at best meh considering the lofty expectations for what has traditionally been the best two-week period of the year… 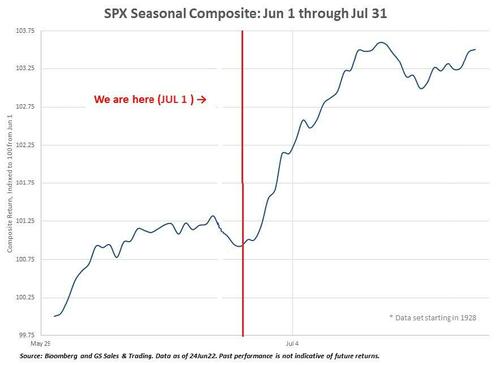 So as attention turns from what was a big dud of a strong calendar period, to what is already shaping up as a disappointing Q2 earnings season (with virtually all banks missing expectations across the board), the bulls are once again in retreat, and nowhere is this more obvious than in hedge fund positioning which according to Goldman’s Scott Rubner, “is so low, it has officially fallen off my chart.” Rubner then invites readers to take a look at some of this stuff, and points to Goldman’s Prime Broker hedge fund exposure, Futures Positioning, CTA, Risk Parity, noting that “I don’t think there is more marginal position left to sell, given large hedges vs. fundamental positions already in play.”

Indeed, digging into the dispersion between single stocks and macro products we find that a record divergence where there has been little shorting at the index and ETF level, but nearly record shorting

Continue reading With Bearish Sentiment Off The Charts, $5.5 Billion In Daily Stock Buybacks Set To Flood Markets at ZeroHedge.