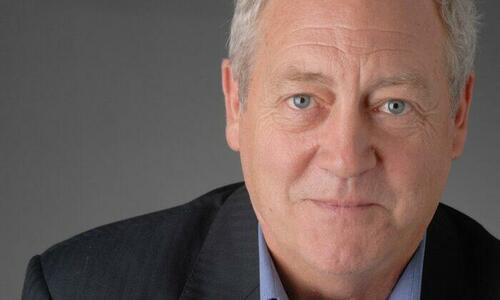 Authored by Lee Yun-Jeong via The Epoch Times (emphasis ours),

Patrick Moore, one of the founders of Greenpeace, said in an email obtained by The Epoch Times that his reasons for leaving Greenpeace were very clear: “Greenpeace was ‘hijacked’ by the political left when they realized there was money and power in the environmental movement. [Left-leaning] political activists in North America and Europe changed Greenpeace from a science-based organization to a political fundraising organization,” Moore said.

Moore left Greenpeace in 1986, 15 years after he co-founded the organization.

“The ‘environmental’ movement has become more of a political movement than an environmental movement,” he said. “They are primarily focused on creating narratives, stories, that are designed to instill fear and guilt into the public so the public will send them money.”

He said they mainly operate behind closed doors with other political operatives at the U.N., World Economic Forum, and so on, all of which are primarily political in nature.

The Intergovernmental Panel on Climate Change [IPCC] is “not a science organization,” he said. “It is a political organization composed of the World Meteorological Organization and the United Nations Environment Program.

“The IPCC hires scientists to provide them with ‘information’ that supports the ‘climate emergency’ narrative.

Their campaigns against fossil fuels, nuclear energy, CO2, plastic, etc., are misguided and designed to make people think the world will come to an end unless we cripple our civilization and destroy our economy. They are now a negative influence on the future of both the environment and human civilization.”

“Today, the left has adopted many policies that would be very destructive to civilization as they are not technically

Previous Article
OPEC Delivers a Smackdown to Biden With Latest Move That Could Drive Prices Up
Next Article
Joe Biden at DNC Event: MAGA Republicans “Threaten Our Very Democracy” (VIDEO)