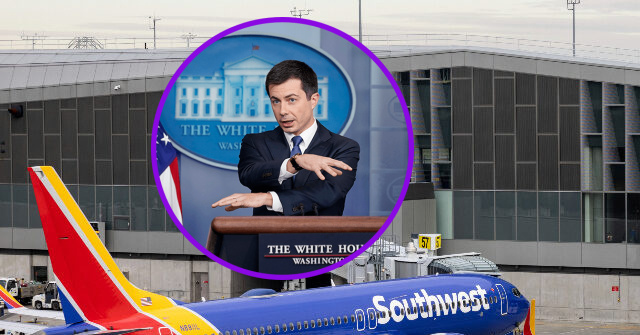 This Christmas holiday travel season has been plagued with thousands of flight cancelations, primarily by Southwest Airlines, which failed to regain its footing after a massive winter storm hit the U.S.

While Buttigieg faces increased scrutiny to penalize airlines like Southwest for the thousands of cancelled flights, this holiday season is not the first time Buttigieg has been urged to hold airlines accountable.

Airlines have attributed cancellations to staffing shortages, particularly due to a purported shortage of airline pilots. Yet, as you have acknowledged, the pilot shortage is due in large part to actions taken by the airlines forcing pilots into early retirement or otherwise shrinking their pilot pool.

A few weeks after James’s letter, a coalition of 38 bipartisan state attorneys general sent a letter to Congressional leaders that accused the Department of Transportation of facilitating an environment that “allows airlines to mistreat consumers and leaves consumers without effective redress.”

Over the summer, Sen. Elizabeth Warren (D-MA) also sent a letter to Buttigieg and Transportation Department General Counsel John Putnam urging the agency to “fully utilize its statutory authority to protect consumers and promote competition in the airline industry.”

Despite these repeated requests, Buttigieg’s Transportation Department failed to take meaningful action that would have prevented the ongoing holiday travel fiasco.

Instead, Buttigieg appeared on television in early September and claimed that airline travel “is going to get better by the holidays.” Buttigieg also told talk show host James Corden that the Transportation Department is “really pressing the airlines to deliver better service.”

A coalition of 34 state attorneys general led by Colorado Attorney General Phil Weiser (D) called on Buttigieg to “impose significant fines for cancellations and extended delays that are not weather-related or otherwise unavoidable.” Weiser said:

As many Coloradans are planning to travel during the holidays and looking forward to seeing loved ones, now is a good time to remind USDOT that it has the opportunity to hold airlines accountable when they mistreat consumers, helping add ease to consumers’ future travel plans and lessen unexpected financial burdens.

Buttigieg has yet to impose any fines on Southwest Airlines for the more than 3,000 flights canceled since Christmas.