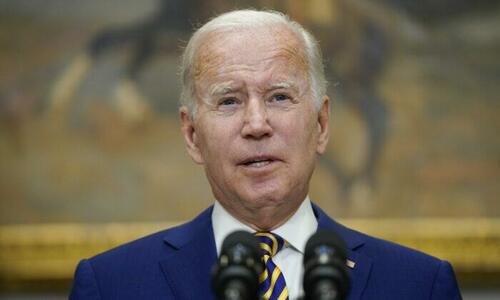 The 5th US Circuit Court of Appeals has denied a Biden administration request to temporarily reverse a lower-court order that blocked the rollout of Biden’s student loan forgiveness plan.

In a brief order, a three-judge panel of the New Orleans-based appeals court rejected the request – meaning the plan will remain on hold while the administration appeals a decision from a Texas judge which deemed the scheme (which undoubtedly garnered a few midterm votes for Democrats) illegal.

The next stop for the Biden administration will be to seek a reversal of the 5th Circuit’s decision through the US Supreme Court, according to a court filing from the administration in a separate legal challenge, Bloomberg reports.

Court orders across multiple lawsuits have blocked the distribution of any debt relief under the plan since late October. The government has ceased collecting applications for relief while the legal battles over the proposal proceed.

Wednesday’s order comes in a case brought by the Job Creators Network Foundation, a conservative advocacy group, on behalf of two Texas borrowers who claim that their education debt was unfairly excluded from the program. -Bloomberg

Meanwhile, another lawsuit led by six GOP states is asking the US Supreme Court to keep the plan on hold while their legal challenge works its way through the system. The state officials say Biden exceeded his executive authority by failing to obtain congressional approval, adding that it will negatively impact local loan servicers.