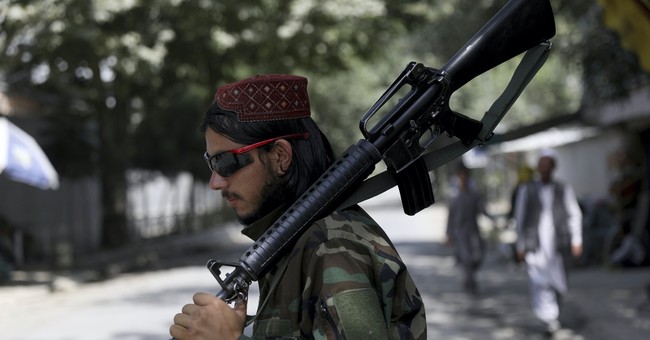 As President Joe Biden prepares for his demoralizing prime-time Thursday lecture about “how awful we are,” as my RedState colleague Bob Hoge wrote about here, and after wrapping up his defamatory anti-MAGA gun control speech in Pennsylvania on Monday, the backdrop to POTUS’ remarks will still be incompetence and disregard for America’s interests.

The Department of Defense Inspector General’s report released earlier this month puts US taxpayer-funded military equipment that fell into the hands of the Taliban upon Biden’s disastrous withdrawal from Afghanistan in fiscal clarity. While nearly all of the military equipment that was in use by US troops was removed or destroyed, $7.12 billion worth of US taxpayer-supplied inventory was in the possession of Afghanistan’s former government prior to its collapse. The DODIG’s office admits that much of that equipment has been seized by the Taliban. The Taliban’s acquired war chest includes military aircraft, ground vehicles, weapons, and other military equipment.

The world watched in shock as the Taliban paraded with their new weapons cache just over one year ago. Now the Taliban have made August 15 a national holiday, marking the date Taliban forces entered the capital city of Kabul and the US Embassy was evacuated, as shown in the infamous photo of a US Chinook helicopter hovering over the building.

The botched evacuation at the Kabul airport is forever marked by the loss of life of 13 American Military service members, attacked by a suicide bomber. My RedState colleague Nick Arama honored the sacrifices of the fallen troops in a piece titled, ‘Never Forget: 13 Members of the Military Who Gave That Last Full Measure of Devotion in Kabul‘.

To further demonstrate how disastrous US evacuations were, exclusive reporting by RedState’s Managing Editor Jennifer Van Laar detailed how US Maj. General Donahue ordered between 50 and 100 evacuees off of one of the last planes out of Kabul to make room for a war trophy, a confiscated Toyota Hilux. At the time, Col Joe Buccino told RedState that the modified pickup truck was to serve as,

“(a symbol) of how the Division came into a chaotic situation and by confiscating the Hilux from the Taliban we quickly regained the tactical advantage in order to complete the mission.”