Schiff: The Biden Economy Is A Mess 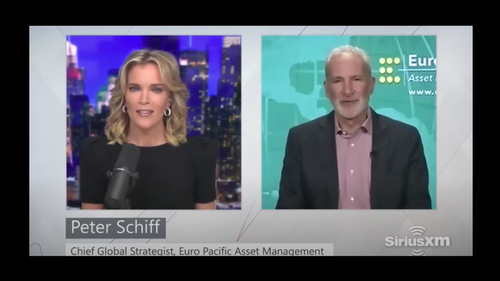 Schiff: The Biden Economy Is A Mess

Peter pointed out that if Donald Trump were still president, Biden would be criticizing the state of the economy. And he said he thinks the economy is in “horrible shape.”

I think that’s one of the reasons President Biden is so unpopular. Because I think a lot of the people who are struggling in this economy, in part, blame the president. He’s not solely responsible, but he certainly hasn’t done anything to help. Everything he’s done has actually taken a bad situation and made it worse.”

Americans have blown through all their stimulus money, and now they’re pretty much broke. If you look at credit card debt, it’s at an all-time record high. So, Americans are struglling to put food on the table and to pay the electric bill.”

On an annual basis, real average hourly earnings decreased by 2.8% from October 2021 to October 2022 (seasonally adjusted). It was the 19th consecutive month of declining real wages on an annual basis. Peter said it’s even worse than that because the CPI is understating the extent of rising prices.

I think the actual inflation rate is about double what the government will admit to. And that means that the real decline in wages is much greater, which

Continue reading Schiff: The Biden Economy Is A Mess at ZeroHedge.

Previous Article
Elon Musk tweets that his pronouns are ‘Prosecute/Fauci’
Next Article
Liberals Cooking the Books: Why Republicans Always Come up Short