9 ways Republicans can fix the disaster of the midterm elections 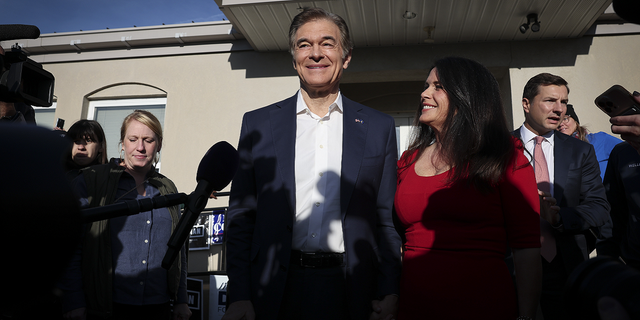 After the disappointing, for some of us shocking, 2022 election results, there must be a Republican effort to rethink what happened.

The danger is, with all the distractions and trivia of Washington, the effort could be the usual, surface-level review. Too often, hard problems and facts that challenge the institutional culture of Republican professionals are avoided. The bias against dealing with them is great because they seem impossible to solve.

That scenario would be a disaster for Republicans in 2023.

What we need is a profoundly deep, challenging examination of the party – and a thorough study of where American politics and government truly are.

Too often, Republicans try to understand the world through limited models of government and politics which simply don’t reflect reality. This failure to think through and master the real world of contemporary power is tragic, and it weakens America’s future.

Consider how big the gap between potential and reality currently is.

There is a huge cultural majority that disapproves of Big Government Socialism and favors Free Market Capitalism (18% to 82%). Most Americans also reject woke lectures on race and believe that a person’s character is more important than his or her skin color (91% are with Rev. Martin Luther King Jr. on this point). A cultural majority also deeply disapproves of brainwashing young children with radical ideas about sex and gender (72% oppose teaching school children they can change their gender).

These people should all be Republican voters, but they aren’t.

Republicans must learn why this massive cultural majority is not translating into a political majority. This will require sober self-reflection and serious analysis. It’s not a fluke that we can’t attract these people. We are simply failing to. In the politics of campaigning – and the act of governing – Republicans have not mastered the systems, principles, and patterns needed. Until we do that, we can’t win a landslide election and then govern effectively.

A deep review of the Republican failure would look at things most post-election projects ignore – or facts from which they hide. Republicans must look at the real world, not the ideal world they imagine.

Republicans must gather the facts. Virtually everyone’s initial analysis of the election results mistook individual races for voter behavior and extrapolated based on the misconceptions. The fact is: Republicans won substantially more U.S. House votes than Democrats. Currently 50.7% of House races went for Republicans versus 47.7% that went for Democrats. This was a six-point turnaround from Democrats’ 50.8% to Republicans’ 47.7% margin in 2020.

As Dave Wasserman of the Cook Political Report put it:

“Democrats fell off a cliff in Florida and New York, where their House candidates underperformed Biden’s 2020 margins on average by 13 points. GOP mini waves also hit California and Oregon where Democrats underperformed by 7.6 points each.”

None of these facts fit the initial analysis. So, fact-finding means reviewing all the major polls and comparing them with what really happened with different groups in different states.

Republicans must account for the real resource imbalance. Analysts too often simply match Republican fundraising dollars up against Democrat fundraising dollars. This is a mistake we’ve repeated for decades. It profoundly understates the scale of the challenge in reaching voters. The truth is Democrats’ resources are legion and can’t neatly be listed on a spreadsheet.

If “Saturday Night Live” savages Herschel Walker three days before the runoff, what is that worth? If Mark Zuckerberg pours $419 million into turnout efforts in Democrat precincts, how do you record or counter that? If the FBI and Twitter block the New York Post from reaching millions with its story about Hunter Biden’s laptop just weeks before the election, are they helping Democrats get elected?

If Twitter kicks the incumbent president off its platform, is that an in-kind gift to the Biden campaign? If Google routinely blocks Republican fundraising appeals the last four days of the month, how much money are we losing? When the U.S. Department of Housing and Urban development organizes voter drives on the president’s order, are they serving Republican and Democrat voters equally? If famously liberal universities that actively punish conservative speech run voter registration operations, who do you think that helps? None of these efforts show up on traditional Federal Election Commission reports. Republicans must figure out how to codify and overcome them.

The election calendar has changed, but Republicans don’t seem to understand the new requirements for effective competition. Voting starts in mid-September. Hoarding advertising money to mid-October doesn’t work anymore. Early voting is a fact. Republicans must learn to maximize it (and focus on non-voters more intensely). Shifting resources from late TV buys to early voting efforts may hurt consultants’ wallets, but it may win more elections. Republican nominees who come out of tough primaries with no money and stay off the air for six or seven weeks – while their Democrat opponents and the news media define them – become irrevocably damaged (see Mehmet Oz’s campaign in Pennsylvania). Republicans focus on campaigns. Democrats focus on elections. The difference is profound. Republicans must change.

Attacking our own candidates is harmful. Senate Minority Leader Mitch McConnell’s Super PAC spent $4 million against the GOP nominee in New Hampshire. It hurt. The McConnell Super PAC also publicly pulled out of Blake Masters’ race in Arizona in mid-October. That jarred the campaign and cost it momentum. While Republicans criticized our own candidates’ quality, the Democrats nominated a stroke victim who could barely talk in Pennsylvania and a radical who ultimately lost in Wisconsin. There is a grave danger that Trump vs. anti-Trump cannibalism in 2024 will lead to a 1964 Barry Goldwater vs. Nelson Rockefeller-style disaster. (We dropped to 140 seats in the House and 32 seats in the Senate). Republicans should all be interested in avoiding that.

Republicans must learn why this massive cultural majority is not translating into a political majority. This will require sober self-reflection and serious analysis. It’s not a fluke that we can’t attract these people. We are simply failing to. In the politics of campaigning – and the act of governing – Republicans have not mastered the systems, principles, and patterns needed. Until we do that, we can’t win a landslide election and then govern effectively.

6. Get with the Times

The impact of university and college election efforts must be studied. The scale of the GOP defeat among the younger generation is a warning sign that we need profoundly new approaches if we are going to survive. If TikTok is legal, Republicans must learn to compete on it. The depth of younger Americans’ commitment to the environment and global warming requires a conservative climate solution. Debating whether the climate is an issue is a losing proposition. A modular nuclear power-hydrogen production system would be a conservative answer to carbon loading that would produce energy, jobs, a stronger economy, and virtually no carbon emissions. We need a fight over the best way to solve environmental problems rather than a pro-environment vs. anti-environment model. We know which side younger and college educated voters will pick.

Lawfare is a system Democrats understand and employ 365 days a year. Democrats routinely use the legal system to attack and delegitimize their opponents. They understand that the constant, subtle application of legal challenges can change the election environment – even if they don’t ultimately pass muster in court. Bombarding state legislatures and election officials with legal threats scare them into agreeing to radical election models that favor Democrats. This has become a niche legal industry for Democrats. In fact, there is a clear effort to drive Republican lawyers out of politics and leave the GOP defenseless against activist attacks.

We are now experiencing pure identity politics. Performance simply does not matter. How else do we explain New York re-electing the Democrat governor despite crime, inflation and the decay of New York City? How else do you explain the staunch Democrat control of Chicago – no matter how bad the city government performs? Breaking through on identity politics and figuring out what messages would get people to shift their votes would be a huge step toward turning the massive cultural majority into a political majority.

The Democrats use symbols, fear, victimhood and emotions while Republicans tend to use facts, logic, reason, and rationality. The entire Democrat campaign on abortion was based on fear and potential victimization. For over half a century, the racial politics of the left have emphasized fear and emotion. The recent consolidation of the sexual politics vote has been based on fear of repression, elimination of the rights, and job discrimination.

Erik Erickson warned about the emotional counterattack Democrats may make over Hunter Biden:

“Tens of millions of Americans are dealing with the effects of addiction on their families and those of friends and other loved ones. What is the GOP response going to be when the media casts Biden as a sympathetic dad trying to help his son overcome his battles with addiction? They are absolutely going to do that.”

Republicans don’t need to make cheap emotional appeals – but they need to be ready for them. Countering symbols and emotion with logic makes you look cold and heartless. Instead, answer with a higher ideal. Answering Erikson’s example, Republicans should have a strategy that is bigger than Hunter Biden that emphasizes unfair special treatment or national security more than personal failings.

These are the kinds of fundamental problems Republicans need to research, think through, debate, and solve to have a serious, realistic, plan for 2024 and beyond.

Newt Gingrich was Speaker of the U.S. House of Representatives from 1995-1999 and a candidate for the 2012 Republican presidential nomination. He is chairman of Gingrich 360.