With Prime Minister Liz Truss’s resignation, we have witnessed a Shakespearean tragedy, the result of a stunning loss of nerve in 10 Downing Street, coupled with a nefarious and ultimately successful attempt by Tory liberals to drive her out after just 44 days in office.

A government with a majority of over 70 parliamentary seats has basically collapsed, emboldening the left.

My former boss, Lady Thatcher, would have been appalled. This is the biggest political coup in the U.K. since the Iron Lady herself stepped down as P.M. in 1990 after being forced to resign by her own party.

Liz Truss’s resignation and disastrously short tenure is a leadership lesson for conservatives on both sides of the Atlantic. Never surrender to the left, don’t U-turn on key policies, and stick to conservative principles and ideals.

It has been monumentally sad to see the former prime minister apologizing for free-market, low-tax policies after sustained attacks on her “mini-budget,” which had originally pledged to cut individual and corporate taxes. No British leader should ever say sorry for cutting taxes and advancing economic freedom. The damage being done here to the Conservative Party’s standing and credibility is immense.

Liz Truss’s resignation and disastrously short tenure is a leadership lesson for conservatives on both sides of the Atlantic. Never surrender to the left, don’t U-turn on key policies, and stick to conservative principles and ideals.

The prime minister lost her nerve at a critically important moment.

The reversal of the tax cut agenda is a victory for those who believe in the power of the state over individuals and free markets. It is a huge step backwards for the U.K., and is the path to economic decline.

The U-turns on tax policy have been catastrophic, and the consequences for the British economy will be dire. The P.M. should never have surrendered to the left, and should have ignored the attacks from the IMF, Joe Biden, and Britain’s liberal elites.

The British Conservative Party is literally destroying itself, abandoning a low-tax, high-growth, pro-free-market agenda for Big Government-driven decline, with a recession the likely result.

Abandoning economic freedom is a terrible mistake and a gift to the Socialist left, including the Biden presidency in the United States, which strongly opposed the U.K. tax cut agenda.

President Biden’s lecturing of the British prime minister on economic policy has been both outrageous and ridiculous.

The Biden economy has been an absolute disaster, with soaring inflation, crashing markets and a looming recession. He is the last person on Earth who should be handing out economic advice with his track record.

There is a striking contrast between the prospects of U.S. conservatives, optimistically fighting to take back control of Congress in November, and the disaster that has enveloped the British government. American conservatives are battling for low taxes, secure borders, conservative principles, while the outgoing U.K. Prime Minister has simply given up.

I have been asked what Lady Thatcher’s response would have been to the endless U-turns carried out by the British government in recent days, and the possible retaking of the Conservative Party by the anti-free-market Tory “wets.” 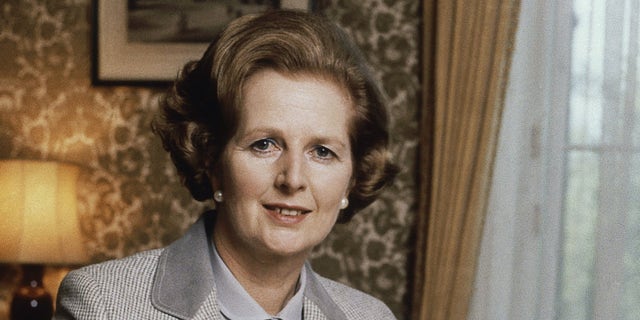 FILE – In this 1980 file photo, British Prime Minister Margaret Thatcher poses for a photograph in London.

She would have been absolutely appalled. Her advice would be that Britain’s conservatives have to stand up for conservative beliefs and listen to the beating heart of Middle England.

Make no mistake, the collapse of the Truss government has emboldened the Socialists, the anti-Brexit elites, and the Scottish nationalists. Their goal is a high-tax, Big Government Britain, once again shackled to the EU, and ultimately torn apart.

This will be the legacy of Truss’s ousting, unless the next Conservative prime minister can dramatically turn the Conservatives’ fortunes around.

The priority for the new P.M. must be to protect the future of Brexit, secure Britain’s borders and sovereignty, and advance economic freedom, while ensuring that the Socialist left and the Scottish Nationalists are not in a position to destroy Brexit and the United Kingdom.

Previous Article
The Green Energy Profiteering Scam
Next Article
Data Show Conservatives Are Happier Than Leftists. Is Anyone Surprised?

Data Show Conservatives Are Happier Than Leftists. Is Anyone Surprised?
The Federalist October 21, 2022