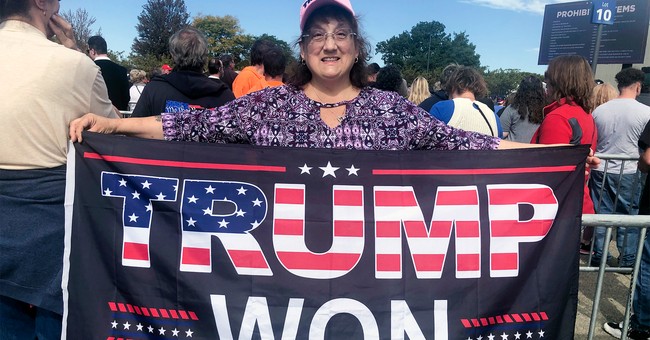 Recently released polling results show that more than 7 of ten Americans who have followed the Hunter Biden Laptop scandal, including Twitter’s suppression of accurate reports, continue to believe the suppression altered the results of the 2020 presidential election. There’s a lot to unravel here, so buckle your seatbelt and grab the popcorn.

As Trump supporters — and no doubt Trump, himself — will likely use the latest survey as “proof” that the 2020 election was indeed “rigged” and “stolen,” as my colleague Nick Arama reported in late August, the percentage of Americans who believed the election was altered stood at 79 percent, according to the New Jersey-based Technometrica Institute of Policy and Politics.

Among the findings of the new Tipp Insights poll, half of the respondents said they would’ve voted differently if they knew the laptop story was legit. Additionally, more than two-thirds of respondents said the FBI and the intelligence community deliberately misled the public by urging Facebook and Twitter to suppress Hunter Biden stories, which the FBI at the time arrogantly deemed foreign “disinformation.” (Adam Schiff was unavailable for comment.)

The poll sampled 1,351 Americans from December 7-9 with a 4.5 percent margin of error. Among those who’ve followed the story, nearly two-thirds believe the details about Hunter Biden’s sordid lifestyle of drugs, prostitutes, and overseas business dealings — principally with Communist China — are authentic. That includes 81 percent of Republican voters and 48 percent of Democrat voters.

As noted by Daily Mail, the polling was conducted as Elon Musk began to release internal Twitter documents that appeared to prove that the Democrat National Committee and the 2020 Biden campaign, and likely FBI officials who were not authorized to do so, pressed Twitter to suppress the laptop story prior to the presidential election — in an effort to stop the re-election of Donald Trump.

As I asked in the headline, now what?

Given Trump’s response to Musk’s release of Twitter documents, as I wrote on Sunday, I’m not convinced he really wants to be president, again — period:

Previous Article
Joe Biden on When Inflation Will Go Back to Normal: ‘I Hope By the End of Next Year’
Next Article
The Economic ‘Experts’ Shilling For Biden Were Wrong About Inflation Again

The Economic ‘Experts’ Shilling For Biden Were Wrong About Inflation Again
The Federalist December 13, 2022