Joe Biden on When Inflation Will Go Back to Normal: ‘I Hope By the End of Next Year’ 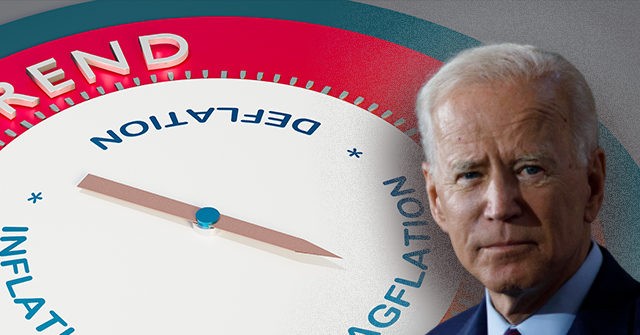 President Joe Biden expressed caution when asked Tuesday when he expected inflation rates to go back to normal.

“I hope by the end of next year or much closer, I can’t make that prediction,” he said when asked by a reporter at the White House when he expected prices to go back to normal.

“I’m just convinced they’re not going to go up,” he added.

Biden delivered a triumphant speech after the consumer price index showed prices only rose 0.1 percent in the month of November and 7.1 percent from the previous year.

“[I]nflation is coming down in America,” he said.

This is the lowest rate of inflation since December 2021, when inflation rates began spiking after Democrats and Biden passed trillions of dollars in government spending.

The inflation rate is not back to normal, but Biden praised the incremental cooling as “good news for the holiday season.”

Joe Biden Reminds Americans Complaining About Inflation He Sent Them “A Check for Eight Grand” pic.twitter.com/fGnpQ0RpEU

“Food inflation has slowed last month providing much-needed relief for millions of families at the grocery store,” he said.

But while food overall declined by a tenth of a percent, food-at-home inflation rates actually went from 0.4 percent in October to 0.5 percent in November.

Biden acknowledged that “prices are still high” and that families were continuing to suffer from inflation, but tried to signal optimism for the future.

“Prices of things like television and toys are going down which is good news for the holiday season,” he said.

He reminded Americans it would take time for inflation to go down.

“We shouldn’t take anything for granted but what is clear is that my economic plan is working and we’re just getting started,” he said.