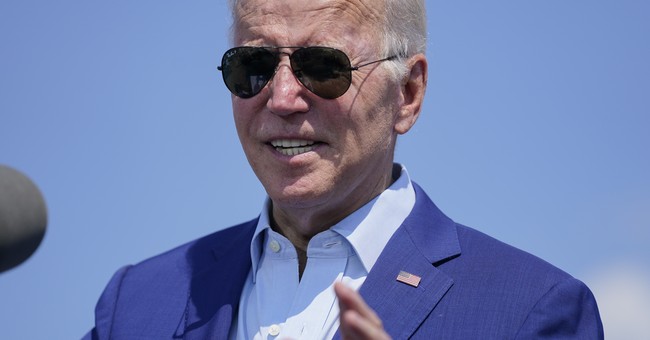 Another day, another article that must be written about how absolutely gone the current President of the United States is. Things are so bad that I’m running out of variations of headlines to describe his public breakdowns, and that’s causing me personal stress. Perhaps I can sue or something?

But I digress, this one was just too bad to ignore, and while Joe Biden often mixes up his words, forgets things, and gets lost trying to exit stages, I actually think this may be the most disturbing clip of him yet.

On Thursday, Biden appeared in Pennsylvania to campaign with John Fetterman, who himself did not speak and was ushered around by his wife. After giving a speech, the two headed to a local spot with the state’s governor, Tom Wolf. That’s when this happened in a moment that has now gone viral.

Look, I get that when I write a headline like the one affixed to this article, the first thought is going to be that its clickbait. Fair enough, but after watching that clip, I think everyone reading this would agree that’s not the case here, right? It really is as bad as I’m describing.

For those that can’t click play for whatever reason, it shows Biden being asked about Democrats not wanting him to campaign for them. That’s not surprising given his low approval ratings and broad unpopularity among the voters that are about to head to the polls. In response, though, the president mumbles something literally unintelligible (I can only make out a few numbers he says). I can’t transcribe it because no one can transcribe it. It’s simply not possible to transcribe the equivalent of your drunk uncle stumbling into the door after midnight.

But what’s worse about this is the fact that Biden doesn’t even realize that what he said was unintelligible. He moves on as if nothing happened at all, showing the utmost confidence in the process. That’s the scariest part of this. When you or I stumble over our words (and that’s a heck of a “stumble”), we pause and correct ourselves. In this case, the president released a stream of consciousness that sounds like a guy who was just arrested for disorderly conduct outside of a bar…and he thought he did great.

Returning to the theme of running out of different ways to describe what we are consistently seeing, I’ve used the comparison to Donald Trump before, and it remains apt. The national press quite literally interviewed psychologists to suggest Trump should be removed from office for walking down a wet ramp slowly. When it comes to Biden spewing his actual, verifiable senility all over the place, though, they are silent. It’s expected, but it’s also doing a deep disservice to the American public. None of this is fine, and I’m tired of half the country pretending it is because their lust for power is so unsatiable.