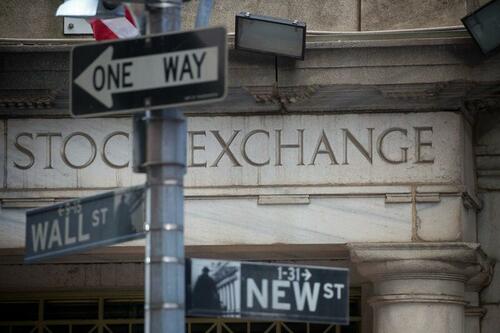 Bonuses for Wall Street professionals are set to decline sharply following the markets for initial public offerings, and mergers and acquisitions have fallen off a cliff in 2022.

According to Bloomberg, Wall Street has been battered by stock, bond, credit, and crypto volatility, soaring inflation, and an aggressive Federal Reserve tightening monetary conditions that risk a 2023 recession, which has soured investor sentiment towards new deals.

The decline in dealmaking could leave bankers who underwrite equity or debt offerings with the most significant declines in forecasted payouts this year, expected 40-45% lower than 2021 payouts, while those who advise on the M&A side can expect 15-20% lower payouts than last year, according to a new report published by Johnson Associates Inc, a compensation firm based in NYC.

“It’s a cyclical business, and it fell off of a cliff this year,” said Alan Johnson, managing director of Johnson Associates. “There will be a lot of unhappy people by the end of the year.“

According to Refinitiv data, total IPO volumes crashed in the first nine months of the year compared with last year. US tech companies’ offerings fell to the lowest level since the Lehman crisis in 2008.

Johnson said, “the industry was at a bubble level last year, referring to high asset valuations due to the

Previous Article
Now Is The Time To Boot Failed GOP Leaders, Not Bicker About Trump Vs. DeSantis
Next Article
Stacey Abrams and Beto O’Rourke are losers despite media’s best effort