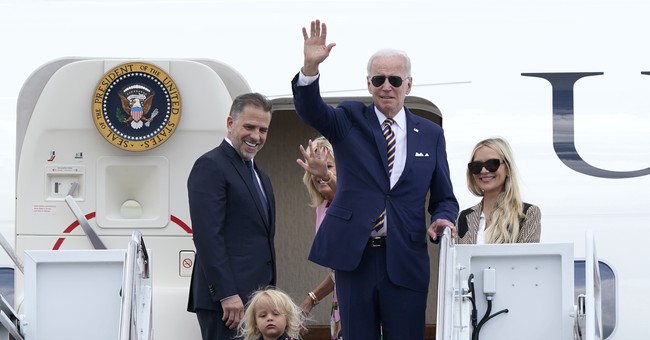 The National Archives notified the White House on Nov. 30 that it will be releasing almost 300 emails from the Obama administration about the relationship between Hunter Biden and Burisma, pursuant to FOIA requests.

The requested records consist of 69 images and 282 email messages that were reviewed by NARA and cleared for release. There were 22 related emails that contain information exempted from FOIA requests and are restricted, as well as 75 messages that will be partially redacted if the president permits them to be released.

Draft documents that are “part of the deliberative or policy-making process” are exempt from FOIA requests, as is information that could violate an individual’s privacy or expose trade secrets. NARA did not say which exemptions the 22 restricted emails fall under.

The National Archives has not explained why they are withholding the 22 related emails. I’m wondering if those might be so interesting that they don’t want to give them up.

But the emails could shed light on the communications that the Obama team — including Biden or related members of the executive branch — had concerning Hunter Biden’s activities with Burisma. So that could pertain to any favors/interactions potentially Hunter might have asked for regarding Burisma, or any information his father or others might have discussed regarding Burisma.

But if he tries to invoke it to block the release of records, that should show his corruption. We would see all kinds of calls of “coverup,” and he’s likely to make everything worse than it already is–on top of all the influence peddling and lying that we already know is there.

Meanwhile, the Republicans are gearing up for an investigation into Joe Biden’s involvement and if he was compromised by any of the foreign connections. They’re also going to be looking into the questions of the effort to shut down the story on Twitter.

Where Real Wages Are Falling Most Sharply
Zero Hedge December 16, 2022