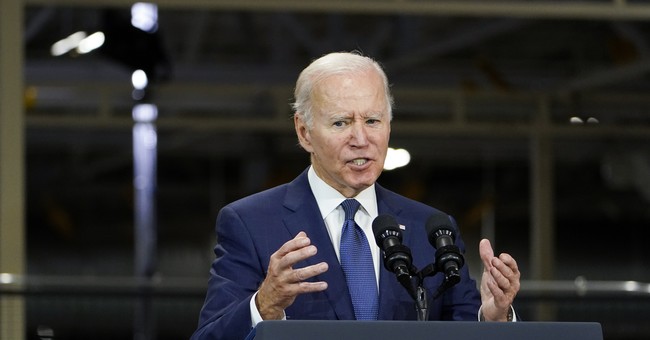 If you live in one of those neighborhoods and you have the same exact car I have in the other neighborhood, you pay more for your insurance than that side. No basis for it! None at all other than you’re black, and I’m white.

“None other than you’re black, and I’m white.” Interesting. Is Joe suggesting that if you live in “one of those other neighborhoods” you’re necessarily “black,” and if I live in the “opposite” neighborhood, I’m necessarily “white”? Sure sounded like it: “You pay more on that side” because “you’re black.” Not to nitpick but that’s exactly what he suggested.

I don’t know anything about Joe’s hypothetical neighborhoods, but I do know a thing or two about how risk management rates factor into insurance premium calculations. As anyone who’s sold insurance knows, premiums are higher or lower based on relative risk management. In the case of car insurance, the higher the demonstrated risk of a vehicle being stolen or wrecked, the higher the premium. The converse is true, as well.

Biden pretty much applied his same “logic” to home values:

You know if you build, in the last 25 years, if you build a housing development on one side of an interstate highway and you built the same one on the opposite side and one is predominantly black and the other is predominately white, guess what?

The value of the exact same home built by the exact same builder is more valuable on the white side of that highway than the [black] side. That’s a fact.

Is it a fact? Biden didn’t back up his “fact” with facts. I only know this: The value of goods on the market is driven by what people are willing to pay for those goods, based in part on the supply and demand for similar products — including homes — regardless of the color of people buying or selling those products.

Biden also busted out the Democrat mantra about taking “meaningful affirmative steps to overcome the patterns of segregation,” reiterating that “A black family’s home often appraises at a much lower value than the same home owned by white families.”

I’d like to see apples-to-apples data to back up Joe’s claim, most importantly the value of black-owned homes in the same neighborhoods as similar white-owned homes and vice versa. I’m sure it’s forthcoming from the White House at any minute, being the fact-based gang they are.