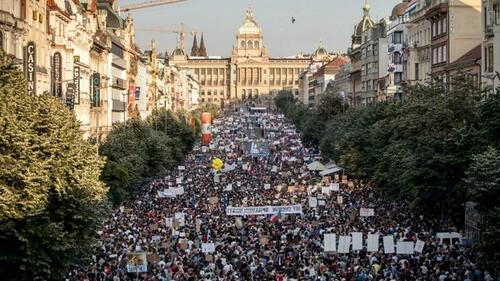 Mankind faces a toxic mix when it comes to protecting our freedom. Big companies are predatory, big governments are stupid. The thing they have in common is they both want more control and power. China is a good example of trying to combine both, this experiment however seems to be crumbling before our eyes. Yes, where the powerful forces of global companies and big governments meet is at the intersection of Globalization and the World Economic Forum’s vision of the future.

The whole concept of people power or that the masses have at any time the ability to just say no is constructed around the rather utopian or optimistic view that people can agree on what is in their self-interest. In truth when you push away the emotional high garnered from the vision of a quick clean non-violent rebellion, we are the underdog in this ongoing struggle for control of our lives. History shows the so-called masses are seldom able to come together on anything.

Keeping us divided and docile is a tool used to prevent unrest from boiling over and those in charge use it well. When people do rise up, achieving reform is more difficult to accomplish than simply promising it. The head may change but it often inherits the same old body of government workers that are resistant to change. True improvement tends to flow from evolution rather than revelation. The reason rebellions fail is often because those rebelling generally replace one bad government with another.