Dems once believed Hispanics were key to the future. Now, they’re leading the GOP to midterm victory. 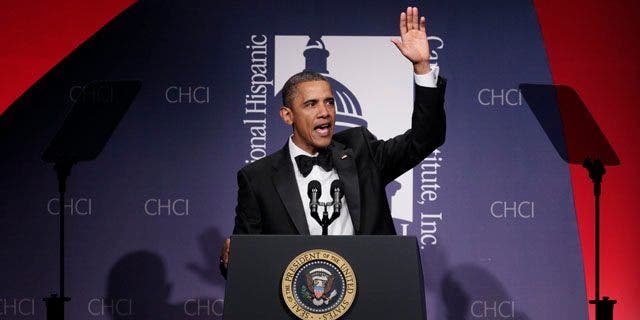 Whatever happened to the Democratic Party’s “coalition of the ascendant?”  According to leading progressives during the Obama years, this collection of growing American factions, led by Hispanics, was supposed to deliver Democrats an enduring governing majority. Yet today, increasing Hispanic support for Republicans is poised to deliver Congress back to Republicans.

“A funny thing happened to the Republican Party on its way to political oblivion,” writes James Taranto from The Wall Street Journal. “It started attracting more Hispanic voters. Yes, even during the Trump years.” In fact, President Donald Trump cut Democrats’ outperformance among Hispanics from 42 points in 2016 to 26 points in 2020.

Recent polls suggest that margin will shrink significantly again this cycle. A Pew Research survey finds that 77% of Hispanics are dissatisfied with the country’s direction, and 54% disapprove of President Joe Biden’s job performance.

This shift in Hispanic political support shouldn’t come as a big surprise. Hispanics have been among the biggest losers of the Biden economy. They are disproportionately impacted by ongoing historic inflation and record gas prices that are a direct consequence of Democrats’ reckless spending and energy prohibitions.

While Democrats try to gaslight Hispanics that these regressive taxes are no big deal, many Hispanics whose office is their pickup truck or who make an hourly wage that ends in “teen” are seeing their living standards significantly decline. Americans have lost approximately $6,000 annually due to inflation, a blow that’s much more painful for those with lower incomes.

Hispanics’ economic pain is especially pronounced considering their remarkable financial success during the pre-pandemic Trump administration. Thanks to sound policies such as tax cuts and deregulation, Hispanics’ real median income rose by 7.1% in 2019 versus 5.7% for whites. Their wages grew 24% faster than during President Barack Obama’s second term. “Give us the shared economic prosperity of 2018 and 2019 back,” many Latino voters are saying.

Instead of addressing these significant economic headwinds, Democrats have pursued a radical cultural agenda, which has led to increased crime and terrible schools, that disproportionately impacts Hispanics. Extended and unjustifiable classroom closures in many states through most of 2020 and 2021 have devastated minority children’s education.

When Democrats do attempt to campaign to Latinos directly, it often involves – as Laura Ingraham put it recently — “Hispandering.” Remember when Biden started playing the song “Despacito” at a Hispanic Heritage Month address in Florida in 2020? Cringe.

Job Creators Network recently launched a mid-six-figure radio ad buy on Spanish-language radio in crucial election states to highlight the stark contrast between Hispanics’ choices this election. For an increasing number of them, the choice is clear.

In fact, it’s now Republicans who look to achieve lasting electoral success through their own coalition of the ascendant, led by a growing number of Hispanics, the working class, small business owners and suburbanites. Maintaining and building this coalition with a positive, pro-opportunity platform and message will be key to the party’s – and indeed the country’s – enduring success.

Alfredo Ortiz is President and CEO of the Job Creators Network, a non-partisan organization founded by entrepreneurs.