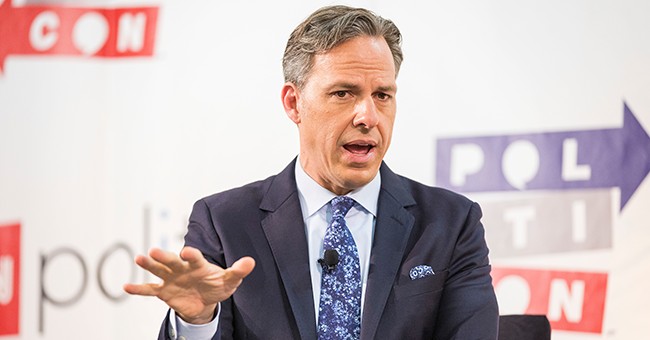 As the “who’s next?” musical chairs nightmare continues at embattled CNN over the next “journalist” to be kicked to the curb, following new boss Chris Licht’s promise to clean partisan-hack house, which led to Brian Stelter being unceremoniously shown the door, things just got really hilarious.The more Licht follows through on his pledge to out overt Trump critics, the more the left loses its mind. There has been speculation that “The Lead” host Jake Tapper will be one of the next to go, for his anti-Trump rhetoric. But now CNN’s liberal viewers are slamming Tapper and CNN after he suggested it would be “clever” for Biden to invite Trump to the funeral of Queen Elizabeth II.Here’s Tapper during a panel discussion on Friday:

There’s something that is just fascinating me, which is the notion that it’s going to be left up to President Biden, basically, as to whether he brings other presidents with him to the queen’s funeral. The U.K. has made it very clear: he’s invited and he can bring whatever delegation. So obviously, Obama, Carter, Bush — no brainers — but what about Trump? Will he invite Trump?

After a noncommital response from one of the panelists, Tapper weighed in.

I think the clever move is to invite him — and see if he goes. I don’t think President Trump — former President Trump — would want to be subordinate on Air Force One. And I think he probably prefers his own plane, anyway.

Other than the use of the word “clever,” Tapper’s analysis was relatively harmless to all concerned.

As I said in the headline, the CNN faithful not only disagreed; they were livid. Here are a couple of my favorite reactions:

I hope Jake Tapper reads this: you just asked Biden to invite a man who illegally stole nuclear secrets — to somebody else’s funeral. You are not a news anchor. You are not a journalist. You are a paid MAGA propagandist with zero credibility. You and CNN are a complete disgrace.

Trump is currently the focus of seven different criminal investigations, the latest of which suggests he stole top secret classified documents, including nuclear secrets, and lied about having them. Why, exactly, does Jake Tapper believe it “clever” for Biden to invite him?

Meanwhile, as we reported earlier on Saturday, Biden continues to set new “vacation time” records, while more than half of Americans continue to suffer under Bidenflation — with even a majority of Democrats blaming President “Unity,” directly. One wonders how “clever” Jake Tapper thinks that is.