Mitch The Turtle Rolled Over. He Needs to Go 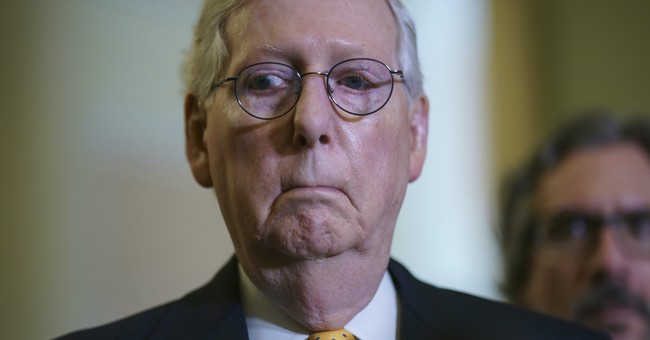 Maybe Mitch the Turtle feels vindicated. The House took 4 days to elect Kevin McCarthy as Speaker with Democrats gloating over every vote. They called it chaos. In December, McConnell was concerned that McCarthy, the presumptive speaker, needed time to bring his caucus into the corral. McCarthy did need five days to get enough votes to win the gavel but is that a bad thing?

It was 10 years between the Articles of Confederation and the Constitution. When Madison presented his amendments to Congress, and Congress sent them to the States for ratification 10 were adopted. Although we like to refer to the First Amendment as the, well, the First Amendment, it was the third approved by Congress. Congress had approved an Amendment that would have proportioned congressional districts at 50,000. If that Amendment had been adopted, imagine the actual chaos in Congress with 6,400 members. Instead of one AOC, image dozens – or one Crying Kinzinger, there may have been dozens of the Ghost of DC, sobbing in a corner on a cold January 6th.

Congress not only fails, it fails most of the time. If Congress is locked in a battle over how to spend money we don’t have, or a battle over McCarthy or McConnell’s leadership, so be it. One day of inaction is one day Congress isn’t fire-hosing money at Ukraine while spending no money to secure the southern border. I welcome chaos as an alternative to Mitch working with Democrats to, once again, spend gobs of borrowed money on garbage projects and/or pet Oligarchs. Instead, The Turtle has campaigned with Joe Biden and patronizingly assured America that the top priority of Americans was to throw money at Ukraine. Maybe Mitch should see the bigger picture. I prefer a government shutdown over spending $3 million on a LGBTQ+%@!* museum in New York City.  Or, $3.6 million for the Michelle Obama Trail. Mitch might not have read the bill but because of him there is going to be a Ukrainian “Independence Park“.

It took more than 60 years after WWII to get a memorial approved, but Ukraine gets a park after about 10 months. That’s our Mitch at work.

Sure McConnell did a “good job” when he was the Senate’s Majority leader. Likely the best thing he did was slow-walk Merrick Garland’s nomination. Imagine that dope with a job-for-life on the Supreme Court. Trump added two more picks with McConnell’s majority.  But McConnell has become a slow-walking pet of Biden and Schumer. In past sessions of Congress, I had assumed that McConnell was a master at the game. I thought he saw the bigger picture. I thought he was playing 3D chess while Schumer was yelling at crowds that he and his thugs would release the whirlwind against Supreme Court justices. I guess I was wrong about McConnell. McConnell has become a DC toadie more interested in compromise and appeasement than accepting that maybe a little chaos and acrimony isn’t a bad thing. The Senate wasn’t always the “August” body of men in three-piece suits. Time to revisit some bare-knuckle politics – but that seems to be out of Mitch’s turtle shell.

Trump Was Right On Tariffs, And Biden Knows It
The Federalist January 9, 2023