US Military Going To The Dogs 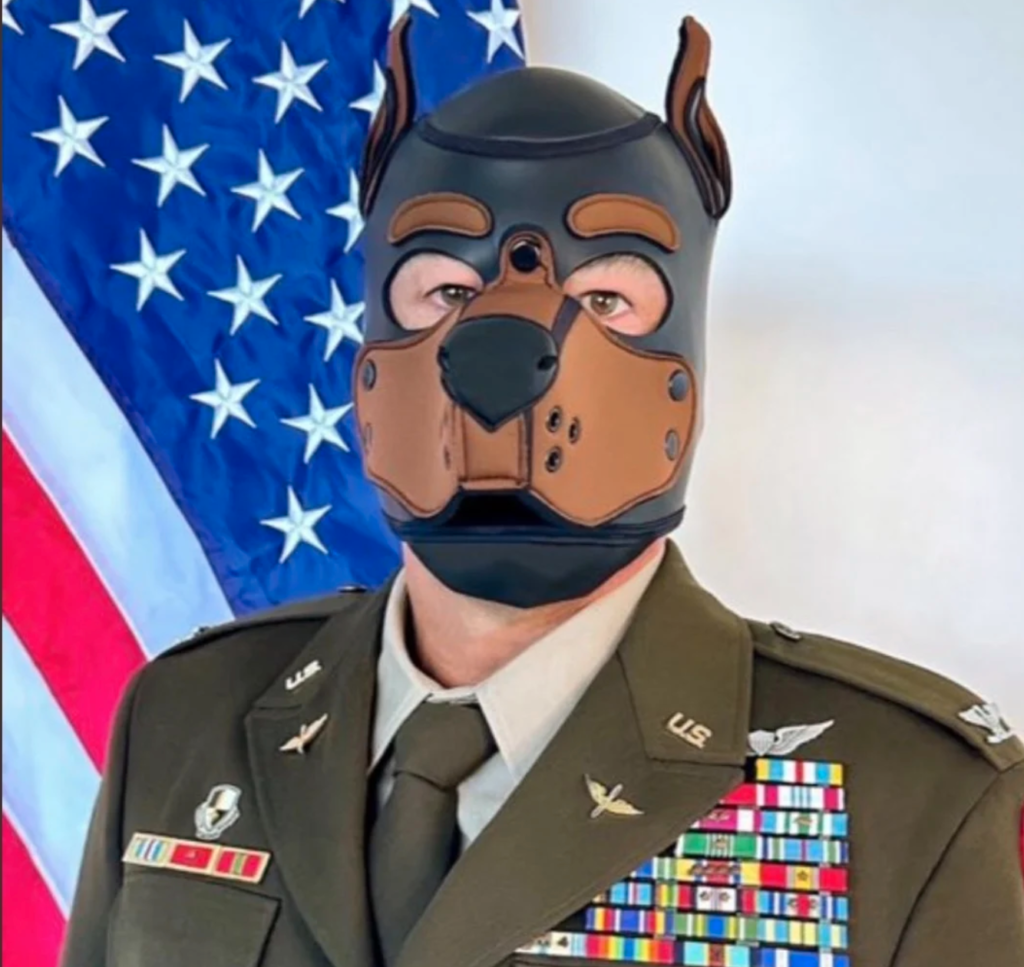 What the hell is wrong with the culture of the US military? Last week, an anonymous Army officer — a colonel! — retired, and posted to Twitter images of himself and his male lover, a junior officer in the Armed Forces, wearing leather dog masks. They are gay kinksters who are into sadomasochistic “pup play”

Well, he has been outed. Note that the person who posted this got his name wrong: it’s “Connelly,” not “Donnelly”:

If you have the stomach, click that tweet and read the long thread, with lots and lots of images. If you want to know more about the “pup play” scene, here’s a Men’s Health article explaining it. Basically, it’s for gay men who get off dressing up and acting like dogs, and having sex with each other while pretending to be canines. Real sane stuff there.

I swear, I cannot understand why the military puts up with this perversion in its ranks. I honestly thought character mattered. Did the military know what these weirdos were doing? How many others in uniform do this stuff? How many normal men would want to go into a military where perverts like this serve, and are tolerated? When our New Woke Military celebrates Pride, do they mean Pup Pride too? If not, why not? What are the boundaries for the military in tolerating this filth?

The polls keep telling us Trump is no longer invincible
Washington Examiner December 11, 2022