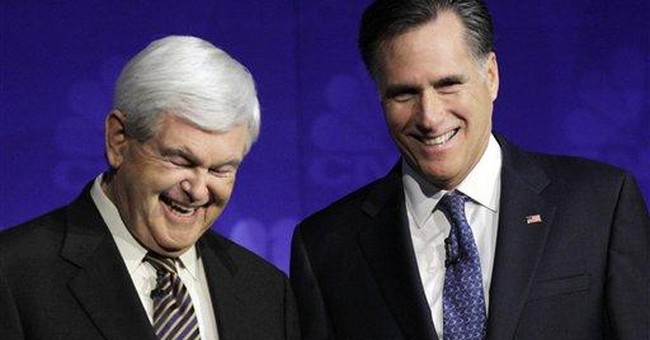 Thank the Lord that Fox still gives you air time to spout your views and thus you can amuse  America with them. I mean, those that pay attention to you anymore which ironically includes me because I have to.

As you might suspect from the opening lines of this article I’m not really a fan of Newt Gingrich. There are a plethora of reasons why but let’s get to the main story of what is happening today and why my eyes rolled at Newt’s analysis.

Today is the big day when the new Congress is sworn in for the next two years and the House of Representatives and the Senate pick their leaders to guide them during that time. The major change of course is on the House of Representatives side where the Republicans have a razor-thin majority and the current GOP leader Kevin McCarthy is not a shoo-in to become the next speaker replacing Nancy Pelosi.

My colleagues here at RedState have been covering this from a number of different angles and here are some of their offerings.

Now, I’m not going to get all wound up about whether or not Kevin McCarthy becomes Speaker of the House. I have written about the problems that the Republican Party has nationally and back here in my home state of Michigan and that is long-term-wise to me more critical than this moment about who leads the Republicans with a five-seat lead in the House of Representatives. More articles on that subject along with discussions on my radio show upcoming this year.

However, I am curious as to why McCarthy is still in leadership and running after not having enough votes to become Speaker back in 2015 to replace John Boehner because of lack of votes. If you recall Paul Ryan skipped over the GOP leadership at that time and became Speaker.

That brings us today to an article that my colleague Bob Hoge of RedState covered about Newts’ comments on Fox News and his ever-so-bloated analysis using his time as a Speaker of the House who was shown the door by his colleagues in 1999. Newt Gingrich Blasts ‘Never Kevin Caucus,’ Warns of Chaos…

Former House Speaker Newt Gingrich blasted the five “Never Kevin” Republicans who are refusing to support California Rep. Kevin McCarthy’s bid for the position of Speaker of the House. Appearing on Fox & Friends Monday, Gingrich predicted “chaos” will ensue if they fail to change their minds:

Their conference voted overwhelmingly, 85%, for McCarthy to be speaker [in November], so this is a fight between a handful of people and the entire rest of the conference.

Warms my heart hearing Newt talk about chaos just because the next in line is not a shoo-in for a vote.

One of the things that good old Gingrich and the rest of the conservative carnival barkers trying to hype this Speaker vote up to Armageddon, will on occasion comment on, is that the liberal and progressive whack jobs residing in the Democratic Party demand EVERYONE THINK THE SAME. They also think it is wrong when everyone does the same thing in THAT instance as well.

On that point, the doomsday barkers are absolutely right. The left demands that they all say and think the same or the woke monster will devour your career no matter what it is.

Yet now, after a midterm election that was hyped up to be a red wave and turned out to be a piddle of a puddle due to the lack of leadership in Washington DC and in a number of states by Republicans, we have this as our reality. The abject failure of results back in November is the reason why a discussion should be had by the rank-and-file elected members, some of who disagree vehemently with leadership.

A political bare-knuckle discussion about who’s going to lead the people’s house instead of an anointing is going to create chaos? I think not.

Give me the eye roll emoji.

I touched on this point of having an open and possibly harsh debate last week in this post: Michigan Republican in Congress Wants to Get Along With Everyone, Which Won’t Work where my new Congressman John James had this to say about the discussion of who should lead.

“It’s extremely unfortunate that a lot of this stuff is being aired in public. I think the most effective way is to handle family business within the family and then come out on a unified front. But some folks have chosen their methods,” James, a staunch McCarthy supporter, told the Washington Examiner in an interview this month in Washington while attending orientation meetings.

John James is just dead wrong on this. This battle needs to happen in public and let the chips fall where they may.

Is it embarrassing? Sure? This process is not supposed to be sterile and noncontroversial.

The founders, as I’m sure Newt would pontificate on about as if he were there advising Adams or Jefferson on the nuances of founding the Republic, would agree. The American Republic was founded on the idea of speaking your mind and not necessarily going along to get along. Kevin McCarthy, along with ANY elected official, has to earn respect and every vote each and every time not just because he is next in line this time.

One person not getting an obligatory vote — or the aftermath of that — is not chaos. I would argue that chaos is…

The sun will rise tomorrow whether or not Kevin McCarty becomes Speaker.

I know that will disappoint Newt if it does not go his way but he will survive and so will America.

Previous Article
BREAKING: EIGHT REPUBLICANS DEFECT in First Vote for House Speaker – At Least 8 Defections!
Next Article
Poll: 1 In 4 Americans Thinks Someone They Know May Have Died Due To Covid Shot

Poll: 1 In 4 Americans Thinks Someone They Know May Have Died Due To Covid Shot
The Federalist January 5, 2023