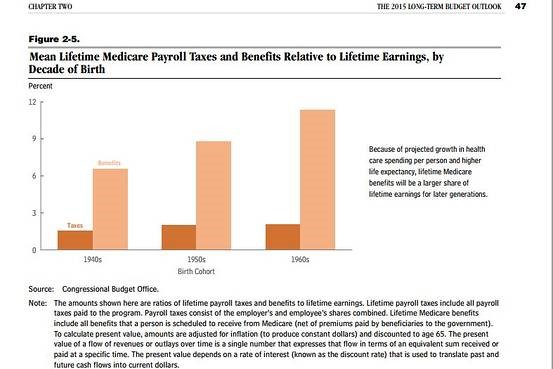 Want to understand why our nation faces a $31 trillion national debt and few politicians willing to do something about it? A recent Politico story provides a helpful guide.

While the press and the left (but I repeat myself) view catastrophic climate change as a certainty — a prism that makes leftists’ big-government solutions to the “climate crisis” plausible — it takes a far more skeptical tone toward conservative proposals for entitlement reform. In this vein, Natalie Allison’s story about conservatives supporting the “privatization” of Social Security and Medicare uses several tactics to marginalize lawmakers courageous enough to propose reforms that our country will need to remain solvent in future decades.

Conflating ‘Privatization’ with Any Reforms

I would like to know exactly what specific proposal, or proposals, Allison references to debate these ideas on their merits or lack thereof. By failing to provide any details, Allison effectively uses “privatization” as a general slur, to encompass any proposal for substantive changes to Medicare or Social Security.

The fact that Allison also uses the word “cuts” provides some indication as to her intent. Leftist politicians use the word “cut” to describe any reduction in the growth of future spending — for instance, a hypothetical proposal that would reduce Medicare spending growth to 5 percent per year, instead of 7 percent. The fact that the article embraces these tropes, presupposing that government has some predetermined right to grow exponentially in perpetuity, indicates a partisan bias.